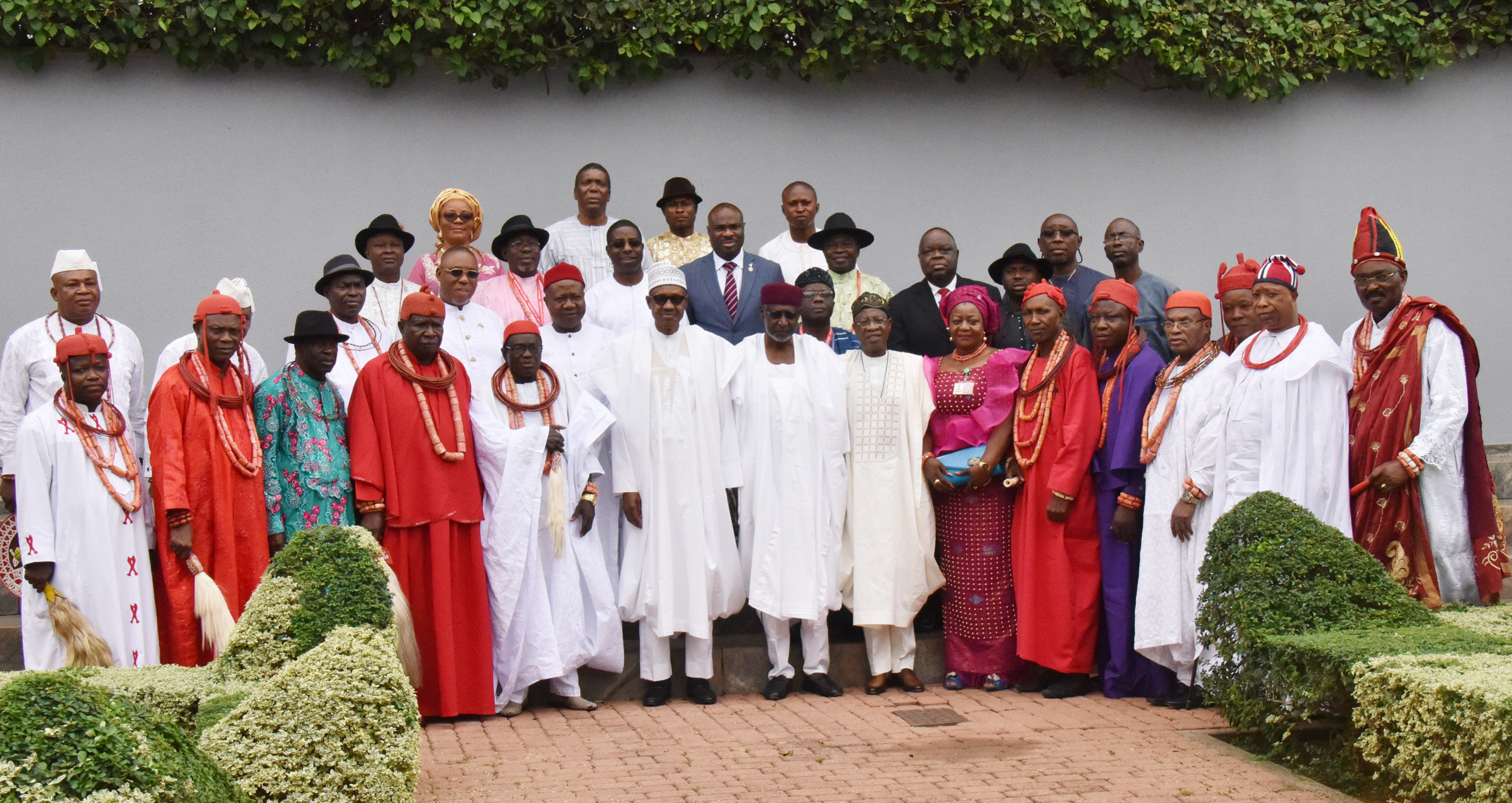 President Muhammadu Buhari has said that his administration would look into the constitutional 13 per cent derivation benefit to the Niger Delta region to ensure even spread of development projects across the region.

Mr Buhari gave the assurance when he received traditional rulers and some other eminent personalities from Isoko, Delta, led by Ovrawah, Omogha 1, Odiologbo of Oleh, at the Presidential Villa, Abuja, on Friday.

Mr Buhari assured them that the constitutional provisions for Niger Delta development would be carefully studied for inclusiveness, especially in the prioritisation of Federal Government projects.

He said: “I have listened attentively to your address; I will still update myself with details of development in your area as it relates to oil and gas, and lack of infrastructure.

“I will look at the constitutional 13 per cent derivation and what previous governments have done, in order to know what we can do.’’

The president noted that the Isoko land had citizens who had distinguished themselves in various professions and entrepreneurial skills.

He promised to do his best to ensure that Isoko land would be fairly treated.

Earlier, the president-general of the Isoko Development Union and spokesman for the traditional rulers, Iduh Amadhe, hailed Mr Buhari for “performing well”.

He urged the president to look into the spread of development projects in Niger Delta.

“With eight oil fields of flow stations in Isoko land, we appeal to His Excellency to direct NNPC to establish a gas plant and a modular refinery in Isoko land.

“It will be beneficial to the nation; it will create employments and generate revenue,’’ he said.

Mr Amadhe claimed that Isoko Community had been sidelined in Federal Government appointments, with last appointment of a minister in 1975.

He said that the area had also ignored in siting of federal educational institutions, skill development centres and infrastructure.

“Your Excellency, no meaningful project has been sited in Isoko since the inception of the Ministry of Niger Delta Affairs,’’ he added.