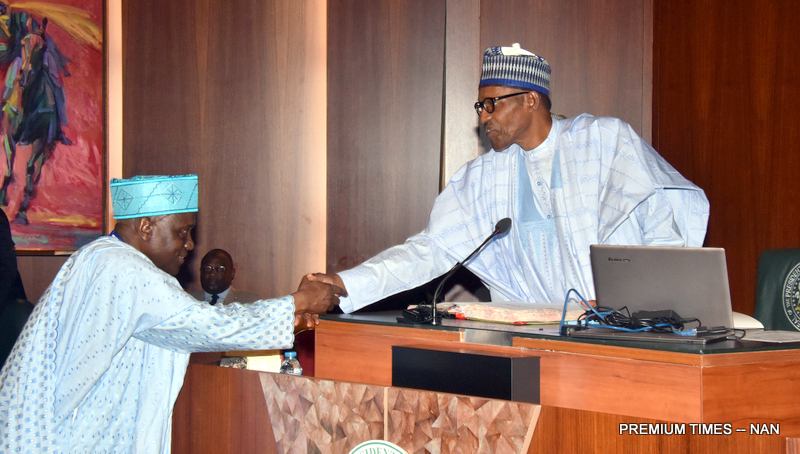 President Muhammadu Buhari (R) congratulating, Alhaji Musiliu Smith after his inauguration as the Chairman, Police Service Commission during the Federal Executive Council at the Presidential Villa in Abuja on Wednesday (25/7/18) 03993/25/7/2018/Callistus Ewelike/NAN

The ceremony took place on Wednesday before the commencement of the meeting of the Federal Executive Council presided over by the President.