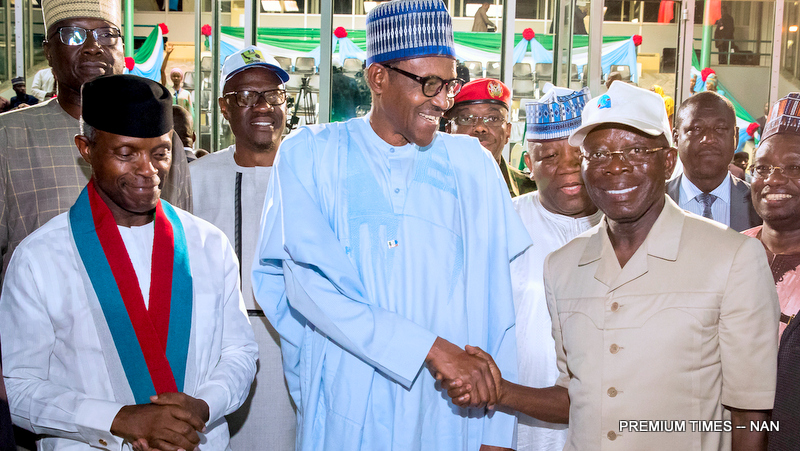 APC reacts to mass defection of its lawmakers

Nigeria’s ruling party, APC, said on Tuesday that it respects the rights of anyone to change parties.

The APC was reacting to the defection of 15 senators and 36 members of the House of Representatives from it on Tuesday. Majority of the defectors joined the opposition PDP.

“APC notes the development in the National Assembly with the defection of some of our members from the party,” Bolaji Abdullahi, the APC spokesperson, said in a statement.

“APC remains in firm control of 25 states of the 36 states of the federation and maintains a clear majority in the federal House of Representatives and state assemblies.”

“it would appear however that the individuals involved have different considerations beyond the grievances that they were willing to discuss and which our leaders were willing to address,” Mr Abdullahi said.

The party, therefore, urged its members to remain calm, saying it would continue to prepare the party towards 2019.

“As a truly democratic party, we respect the right of every citizen to political association. Therefore, we urge our members to remain calm as we continue to work hard to position our party strongly for the next general elections.

“We assure members and supporters that our great party will continue to consolidate on our majority status in the leadup to the 2019 General Elections, even as our government continue to work hard to deliver on our promises to Nigerians.”

How Senate Leader failed to stop mass defection from APC