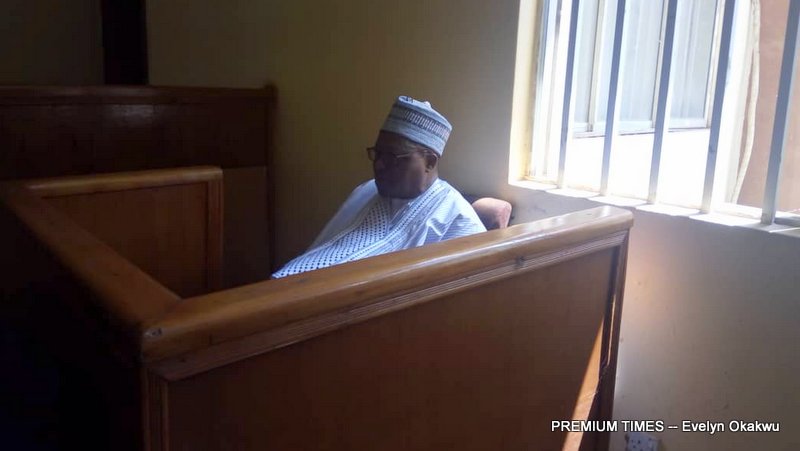 Mr Dariye was responding to comments made by the prosecution lawyer, Rotimi Jacobs, at his trial on Tuesday.

Mr Dariye has been found guilty of 15 out of 23 counts he was charged with by the Economic and Financial Crimes Commission, EFCC.

After reading through the judgement, the judge, Adebukola Banjoko gave the lawyers room to speak for their clients. Mr Dariye’s lawyer, Paul Erokoro, asked the court to consider the fact that his client “was ignorant of the offence” at the time it was committed.

According to Mr Erokoro, Mr Dariye was a victim of ”the long years of military administration and should be viewed as a victim because he was ignorant of financial fraud and most of their components”.

Mr Erokoro a Senior Advocate of Nigeria, claimed his client, who is a chartered accountant, was ignorant of the offence.

Responding, Mr Jacobs drew the attention of the court to the many years of legal battle embarked upon by the defendant.

As he was speaking, Mr Dariye suddenly stood up and asked the prosecution lawyer to be merciful.

“Be merciful. You are a Christian, your name is Jacob,” Mr Dariye said.

The court adjourned briefly before announcing the sentence.