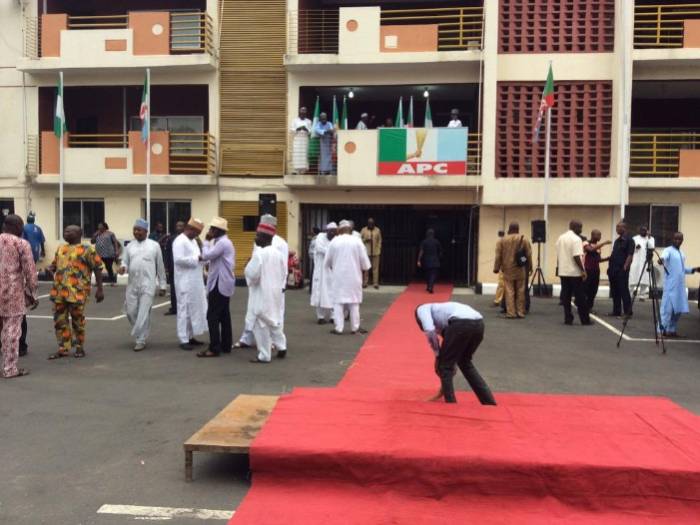 Over 176 members of the All Progressives Party (APC) are battling for various positions in the party’s National Working Committee (NWC) as well as other national offices, an official has said.

The chairman of the screening sub-committee of the APC National Convention Planning Committee, Aminu Masari, made the disclosure in an interview with journalists in Abuja, Sunday.

Mr Masari stated that over 176 party members had purchased and submitted forms for screening.

The APC national convention is slated for June 23 and the party had said it would stick to its zoning formula ahead of its forthcoming national convention, effectively shutting out aspirants from other zones other than those where certain offices had been zoned.

As the party commenced screening of no fewer than 179 aspirants on Sunday, Mr Masari promised that his panel would adhere strictly to the rules and regulations guiding the convention.

“The total number of aspirants nationwide is about 179, although specifically, I cannot immediately tell you their geographic spread,” he said.

He further explained that applicants can only contest position in their zones.

The governor of Kaduna State, Nasir el-Rufai, earlier inaugurated the headquarters of the Adams Oshiomhole Campaign Organisation, located at Aso Drive Abuja. Mr Oshiomhole later told reporters that the building was meant to provide a meeting point for his supporters to converge and rub minds.

He explained that his decision to contest the position was informed by his desire to give the party a new sense of direction.

He further said he was not afraid of the people contesting against him, as he promised to work with everybody.

“Their (opponents) involvement in the race will make the convention more interesting.I am working with everybody, my decision to contest the chairmanship was inspired by God using some of our party leaders; we want to run an all-inclusive administration,” he said.