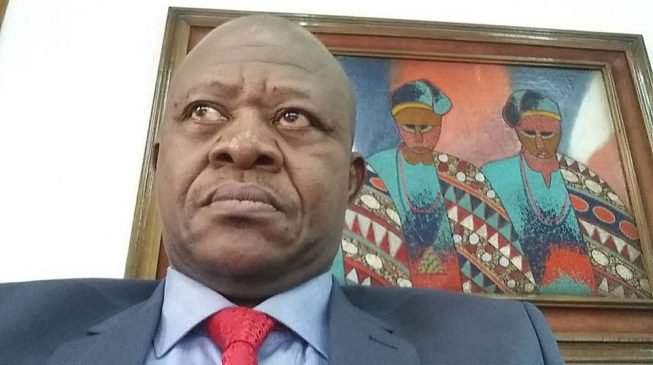 Vanguard editorial board chair vows not to resign over bigotry allegations

Ochereome Nnanna, the Nigerian columnist who slandered the Yoruba on Facebook last Friday, has vowed to stay on as the chairman of Vanguard’s editorial board, amidst calls for his ouster.

“I do not see why I should resign because I did not have Vanguard’s mandate to do what I did,” Mr Nnanna told PREMIUM TIMES by telephone Sunday night. “It was my personal opinion. Why should I resign? For what?”

Mr Nnanna said those demanding his resignation are pro-government elements who are desperate to get back at him for using his column to amplify scathing reviews of controversial policies of the Buhari administration.

“Let them start to run the country very well and make Nigeria start to see the dividends of good governance,” Mr Nnanna said. “I will commend them.”

PREMIUM TIMES reported how Mr Nnanna on Friday slandered the Yoruba ethnic group as “sophisticated morons” in a Facebook thread over the award of Nigeria’s highest honour to Moshood Abiola.

He apologised for the comments on Sunday morning, but demands intensified for him to step down after what appeared to be a pattern of prejudicial epithets gained broader circulation online.

Those concerned about his continued stay as Vanguard’s editorial board lead made a composite compilation of some of his controversial posts in recent months.

In one of such, Mr Nnanna called Femi Gbajabiamila, Majority Leader of the House of Representatives, a “moral moron” while reacting to news reports that the top lawmaker purchased an exotic vehicle for his wife.

In one of such, Mr Nnanna called Femi Gbajabiamila, Majority Leader of the House of Representatives, a “moral moron” while reacting to news reports that the top lawmaker purchased an exotic vehicle for his wife.

“”Mr Assurance”, Congressman Femi Gbajabiamila, need-to-know info. Out of this N1.3 billion allocated to his constituency he bought a car worth N100m for his wife on her 50th birthday! Tomorrow he will open his dirty mouth to talk about “PDP looters”. Left to Tinubu this immoral moron would have been the incumbent Speaker of House of Representatives!” Mr Nnanna said in a Facebook post.

Although Mr Nnanna’s online rants are largely targeted at President Muhammadu Buhari, Vice President Yemi Osinbajo and other government officials, his Facebook feed is also replete with what appears ethnic biases, especially against the Yoruba and the Fulani.

Wale Adedayo, a journalist and public affairs commentator, said the Vanguard risks harsh consequences if the paper fails to relieve Mr Nnanna of his post by Wednesday.

“If by then, Vanguard continues to keep him as one of them, it is a definite stance that the newspaper support his bigotry,” Mr Adedayo said in a Facebook update Sunday afternoon. “We’ll be left with no option than to initiate a campaign to boycott Vanguard newspaper across every part of Yorubaland and beyond.”

Mr Adedayo said there could be a potential backlash against Yoruba interests across the South-east, but said that would “be part of their sacrifice to stop the persistent preaching of hatred against our accommodating position in this part of Nigeria.”

Mr Nnanna said his critics are out to smear him over an isolated transgression for which he had apologised, saying those whose opinions count to him have already accepted his remorse and moved on.

“I have already apologised,” he said. “People who really mean well have accepted my apologies and have been calling to check after me.”

“People will say all sort of things, if you pay attention to what people say, you would not be able to move forward in life,” he added. “I know that majority of Nigerians are very, very discerning. I don’t think it is as bad as that in their mind.”

The columnist said he had received unwavering moral support from his Yoruba colleagues who know him in person and could attest to his long-standing principle of inclusiveness and tolerance.

“Most of my colleagues in the industry who are Yoruba are fighting my battle for me because they know me very well,” he said. “That is what defines me.”

“I am a patriot. I love this country. What I do not like is the way the country is being run, it is wrong. If they start doing well tomorrow, I will be the first to commend.

“What you write on a daily basis, there are people who do not like it. Some of them have been meeting , They hide somewhere to try and smear you, but God is more than them,” he said.

Mr Nnanna said he has been a columnist for over two decades, and Vanguard is one of Nigeria’s largest dailies.

The paper had distanced itself from Mr Nnanna and said he would be investigated, the outcome of which Mr Adedayo and many others are anxiously anticipating..

“While we are carefully interrogating the circumstance that led to that comment, with a decisive response to the author, we wish to acknowledge that the statement was made entirely as part of a private conversation,” the Vanguard said in a statement Saturday. “Vanguard dissociates itself totally from such unwarranted but careless, private outburst.”

The paper said Mr Nnanna’s outburst contravened its institutional values, adding that an investigation would be conducted and a “decisive response” would be meted out to the columnist.

Although Mr Nnanna insisted to PREMIUM TIMES that the fallout was not sufficient for his resignation, he expressed maximum deference to his newspaper’s management and said he would respect the outcome of its investigation.