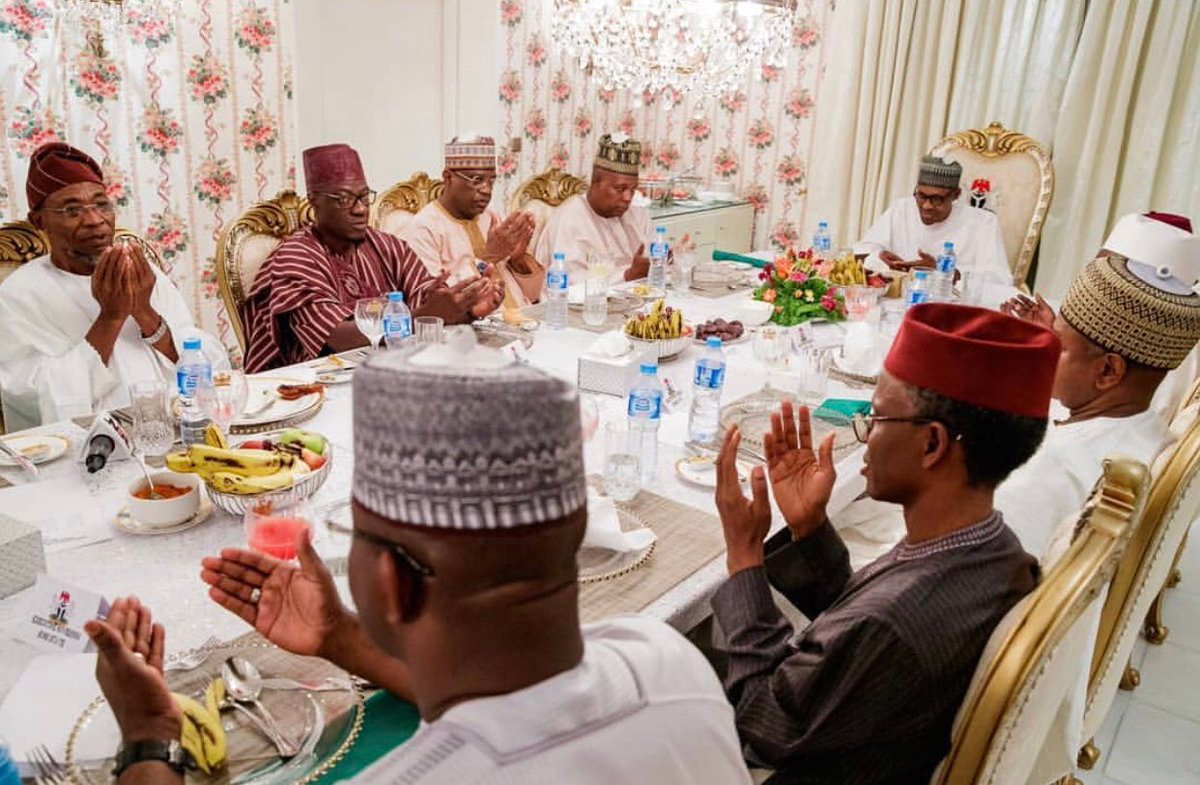 President Muhammadu Buhari has asked state governors belonging to the governing All Progressives Congress (APC) to support the re-election of Mai Mala Buni as National Secretary of the party.

Mr Buhari made the request Monday when he hosted some of the governors to a breaking of fast in his Aso Rock residence Abuja.

The APC has zoned the position of national secretary to the North-east of Nigeria.

A top administration official familiar with what happened at the Iftar event told PREMIUM TIMES Mr Buni “appears all set to retain his position, following the endorsement of his candidacy by President Muhammadu Buhari” at the Monday meeting.

The current chairman, John Odigie-Oyegun, had on Friday announced he was withdrawing from seeking re-election.

Our source said Mr Buhari took advantage of the breaking of fast at the Villa to request the governors “to go and work for Mala Buni’s return.”

He said the president’s decision is as a result of “a report to him that governors from the states in the North-east, to which the post was zoned have returned a resounding, unanimous vote of confidence in him.”