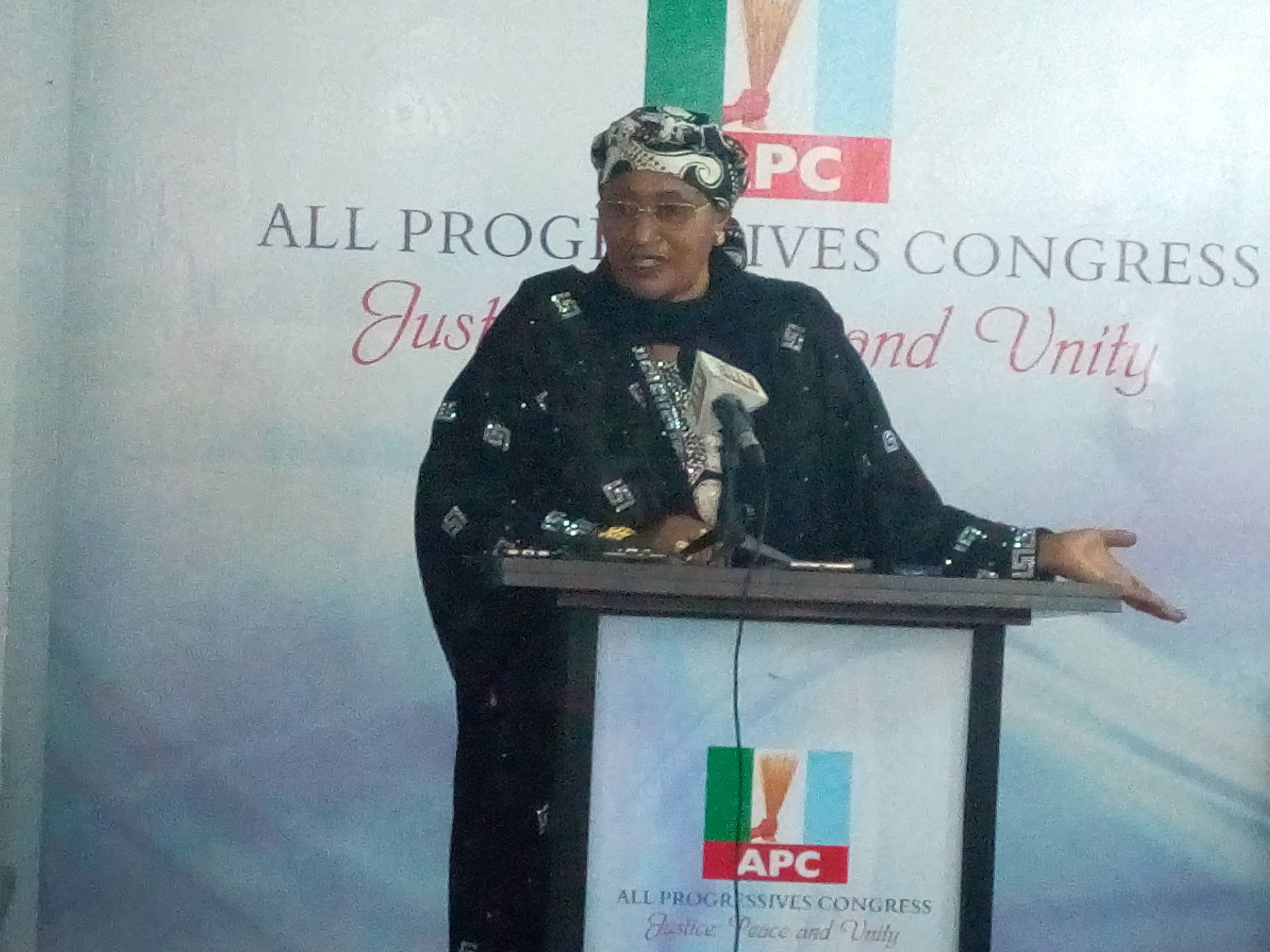 The Minister of Women Affairs, Aisha Alhassan, has expressed hope that the ruling All Progressives Congress (APC) “will rule Nigeria forever”.

She said this while addressing journalists shortly after the inauguration of a factional chairman of the APC in Taraba State, on Monday in Abuja. The APC in the state, like others has been ruptured by crisis.

The minister, who also indicated her intention to contest for the governorship slot in Taraba, which she lost in 2015 said the APC would not only win the presidency but more states in 2019.

“Crisis is normal in a big party like APC, once we can do our national convention, then we face the opposition PDP and I assure you that APC will win more states like Taraba in 2019.

“I will make sure that in my zone, I follow up and by God’s grace Gombe and Taraba (states) will be taken over in 2019. And don’t even talk about Nigeria because it’s already APC and it will continue to be APC forever.”

‘Mama Taraba’ said she won the election in 2015 ”but wasn’t destined to be governor”.

“I won the 2015 election, everyone knows that, even the Peoples Democratic Party. I will re-contest the election again in 2019 if God keeps me alive and well.

“It is God that gives power to whoever he desires, I won the election 2015, but God did not give me power. I will keep trusting in him and the grassroots people of Taraba and God willing, I will win the election,” she said.

Speaking on the APC factions in Taraba State, she said: “I have a right to choose who becomes the chairman of the party in the state. There is no faction in Taraba. We are very much together, there was no love lost in the state, we were never divided. It was all about political interests.”

The vocal politician caused a stir a few months ago when she said she would support the presidential bid of a former vice president Atiku Abubakar in 2019 even if her principal, President Muhammadu Buhari decided to run. Mr Abubakar has since left the ruling party for allegedly being sidelined by the APC leadership.

She referred to Mr. Abubakar as her political godfather. She ruffled some nerves when she said President Buhari had not indicated that he would re-contest. Mr Buhari has since done this.

The minister was later summoned by the National Working Committee, NWC, of the APC in a bid to clarify her controversial statement.

In a follow-up interaction with reporters a few days later, she said she was not scared of losing her job over her statements adding that President Buhari would not be swayed by her traducers seeking sanctions against her.

The Kaduna State governor, Nasir El-Rufai, and his Ogun State counterpart, Ibikunle Amosun, tackled her days later saying that she (minister) had ”never believed in the Buhari ideology”.

‘Mama Taraba’ on January 14 denied speculations that she is planning to dump the APC.

The minister also pledged allegiance to President Muhammadu Buhari, saying “I am and I will continue to remain in APC’’.