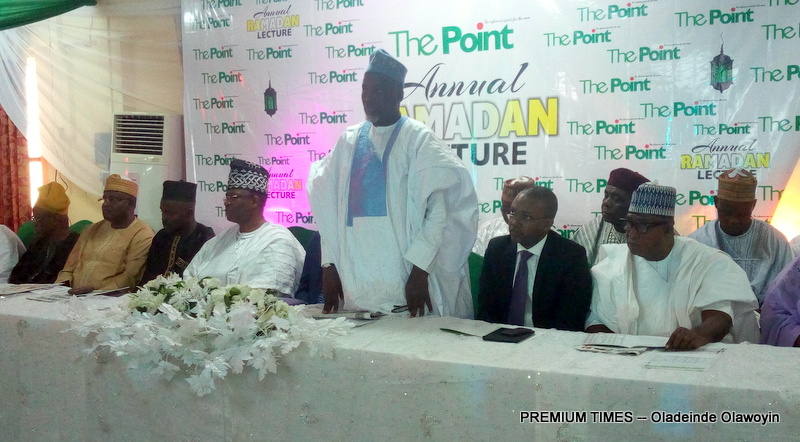 The Secretary-General of the Nigerian Supreme Council for Islamic Affairs, Ishaq Oloyede, on Monday condemned the suggestion by the Christian Association of Nigeria that there might be religious war in the country if the abducted Leah Sharibu was not rescued from Boko Haram captivity.

Mr Oloyede said this at the first annual Ramadan lecture of The Point newspaper held at the headquarters of Lagos Television (LTV), Ikeja, Lagos.

Miss Sharibu was among the 112 schoolgirls abducted by Boko Haram from Girls Technical College, Dapchi, Yobe State, on February 19.

While her colleagues were released, she remained in custody of the terrorist group, reportedly because she declined to denounce Christianity.

Mr Oloyede, who spoke as the guest speaker at the event, noted that the threat of war by the Christian Association of Nigeria (CAN) over the Leah Sharibu issue was uncalled for.

The registrar of the Joint Admission and Matriculations Board (JAMB), who said he spoke as a student of Islamic affairs at the occasion, noted that CAN escalated the issue by its reference to war.

Mr Oloyede, a professor, said he was as astonished as the Sultan of Sokoto that the religious group could threaten war over a matter christians and muslims are concerned about.

He noted that Boko Haram wants war and has never hidden its desire to throw the nation into crisis.

The call by CAN, he said, is akin to playing into the hands of the terrorist group.

“Whose interests was the call serving?”, he said, wondering whether it was fair to endanger the girl’s life.

Mr Oloyede, who described the girl, Leah Sharibu, as a “precious, principled lady”, said her immediate family would not support such dangerous call.

“Her abduction is painful,” he said, adding that the NSCIA has been making frantic efforts to resolve the conundrum and reunite the lady with her family.

He called on all people of conscience to rise above pettiness and find solution to the crises bedevilling the nation.

The programme was still ongoing at the time of this report.