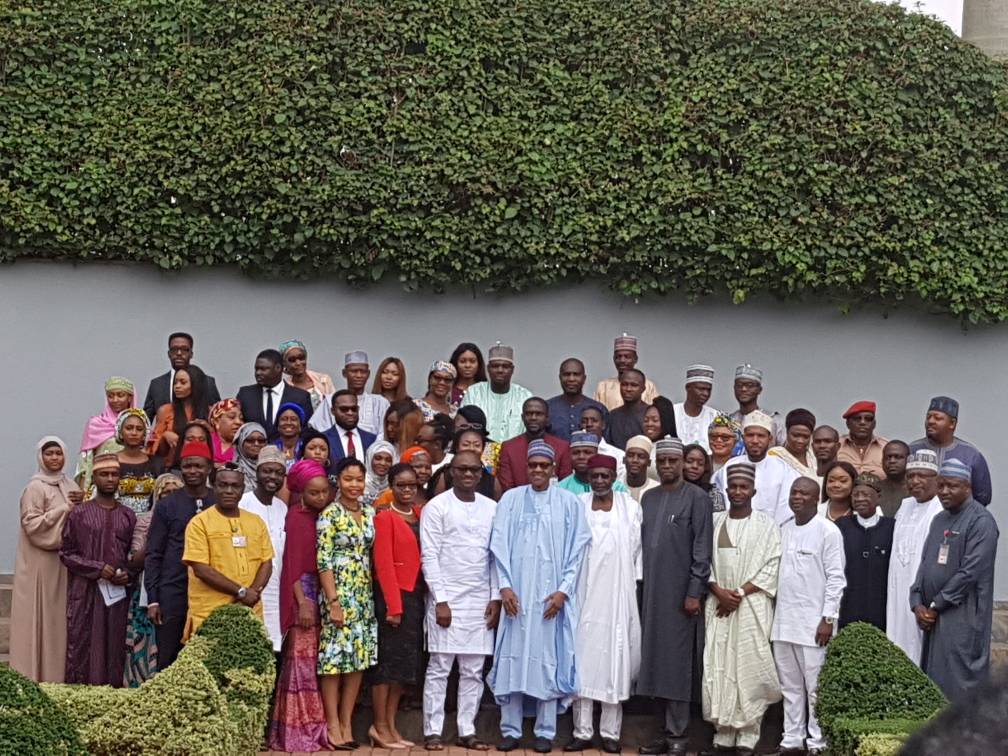 Youth, not oil, are Nigeria’s most important resource – Buhari

President Muhammadu Buhari says the Nigerian youth remain the most important resource of the country.

The president stated this on Thursday in Abuja after signing the “Not Too Young To Run Bill” that will reduce the age requirement for political offices.

The event, which held inside the council chamber of the presidential villa, was attended by young persons from the 36 states and the Federal Capital Territory.

“You are undoubtedly Nigeria’s most important resource – not oil, not agriculture, not solid minerals – but you and all of us,” Mr Buhari said after signing the bill into law.

The president, who was stridently criticised for comments he made in London in April, in which he implied that Nigerian youth were lazy, on Thursday told his youth audience “your energy, intelligence and talent are what will drive and develop Nigeria, long after we are all gone.”

He said the bill he signed was a landmark piece of legislation that was “conceived, championed and accomplished by young Nigerians”.

He said the coordinators of the Not Too Young To Run movement have now established a formidable legacy, which proves that as the country’s democracy matures, “if you really want to change something in Nigeria, and if you can organise yourselves and work hard towards it – you can achieve it. The outcome of such efforts is this remarkable feat”.

Mr Buhari said the young people of Nigeria are now set to leave their mark on the political space, just as they have done over the decades in entrepreneurship, sports, art, media entertainment, technology, and several other fields.

He said his administration is determined to do everything in its power to make Nigeria work for its youth.

Mr Buhari told the youth that it may be tempting for them to think that with the signing of the bill into law, “this as the end of the journey”.

However, he said, it is only the beginning as they still have a lot of work ahead, towards ensuring that young people take full advantage of the opportunities provided not only by this constitutional amendment but also through Nigeria’s boundless prospects.

He advised them to inculcate the spirit of self-help.

He also said those who complete their training should not just sit down and wait for government or private sector to employ them.

“You should be innovative and turn your hands to any legitimate work that will enable you to sustain yourself.

“You may have noticed already that every one of you represents one of our 36 States and the Federal Capital Territory. This is because today is about preparing for the bright future of our country.

“ I am confident each one of you will transform Nigeria in your own way – whether through media, agricultural enterprise, economists, engineers, or as lawmakers in your States or at Federal levels, or as State Governors – and even someday, as President. Why not?

“But please, can I ask you to postpone your campaigns till after the 2019 elections!,” the president said lightly.

No age reduction for Senate, Governorship

He also said the bill has lowered eligible age for aspirants for Office of the President from 40 to 35 years.

“ Surprisingly, the age limits for Senators and Governors were not reduced, as originally proposed by the sponsors of this Bill. This is an issue that may need to be addressed going forward,” he said.

He however, said despite this shortcoming, the focus and contributions put into passing the bill by young persons have now successfully increased the quality and maturity of Nigerian democracy and expanded the playing field for youth participation in politics.

One of the members of the strategic committee that sponsored the bill, Fredrick Adetiba informed PREMIUM TIMES that in the bill submitted to the National Assembly, eligible age for the office of Senator and Governor was reduced from 35 to 30 years.

Shortly before the president signed the bill, the national coordinator of YIAGA Africa, Samson Itodo, said beyond signing the bill, President Buhari should further help the youth by ensuring that political parties uphold internal democracy.

“We want parties to reserve tickets for young people at different levels,” he said.

He also called on the president to use his office to ensure that political party primary elections are non-violent and democratic at all levels.

“Tickets should be given to youth with content and character,” he said.

Mr Itodo thanked the 33 states that supported the bill, even as he lamented the refusal of Lagos, Kano and Zamfara states to support it.