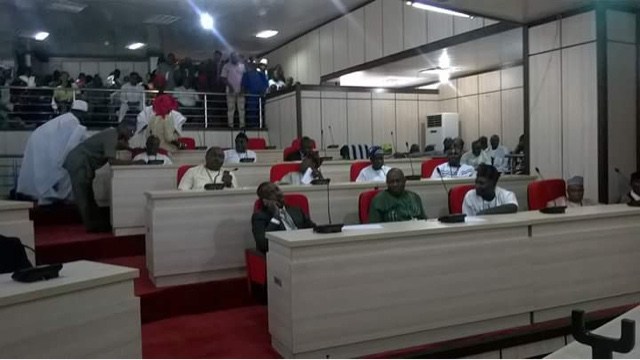 The Benue House of Assembly on Wednesday passed a Bill to prohibit marriage contract between persons of same sex in the state.

Cited as Same Sex Marriage Prohibition Law, 2018, the bill was passed at plenary after a clause by clause consideration by the Committee of the whole presided by the Speaker, Mr Terkimbi Ikyange.

A federal law passed in 2014 punishes the crime with 14 years in jail.

According to Benue the bill, “a marriage contract or civil union entered into between persons of same sex shall not be solemnised in a Church, Mosque or any other place of worship in Benue’’.

The bill also prohibited the registration or recognition of gay clubs, societies and organisations, their sustenance, procession and meeting as well as public show of same sex amorous relationship directly or indirectly.

It stipulated that any person who entered into a same sex marriage contract or civil union commits an offence and is liable on conviction to a term of 14 years imprisonment.

Speaking after the third reading of the bill, the Speaker said same sex union was alien to the culture and tradition of the State and has to be prohibited. (NAN)