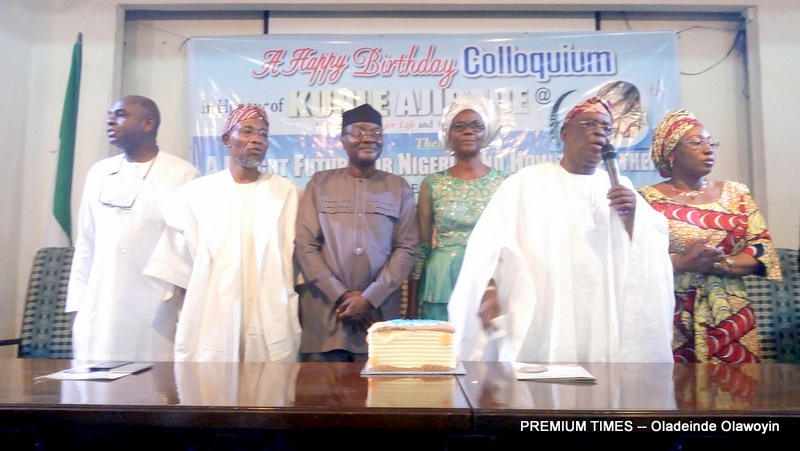 A human rights lawyer, Femi Falana, on Wednesday called for the training of Nigerians citizens in military warfare.

Mr Falana made this suggestion at the colloquium held in honour of veteran journalist, Kunle Ajibade.

The colloquium, put together to mark the 60th birthday of Mr Ajibade, held in Victoria Island, Lagos.

Mr Falana explained that in the light of recent killings across the country, Nigerians should be trained in military warfare since the government has lost monopoly of violence.

“There are areas in Kaduna (state) now where killings are going on,” he said. He added that there has to be peace before the nation can plan and progress.

“Now, armed bandits have killed about 5,000 people in the last one year in Zamfara State, according to a senator.

“And pending the enactment of that law, I am calling on the president to make facilities available in those states where lives have become totally endangered so that young men and women can receive military training.

“I am not saying anything radical. This is in line with section 220 of the Nigerian constitution.”

The lawyer said the government only loses control of the monopoly of violence in a failed state.

Mr Falana said the killings in states like Benue, Zamfara, Taraba, Kaduna and other parts of the country makes it imperative for Nigerians to be protected.

The writer also eulogised Mr Ajibade, whom he said, alongside his colleagues, did well for the Nigerian society through investigative journalism.