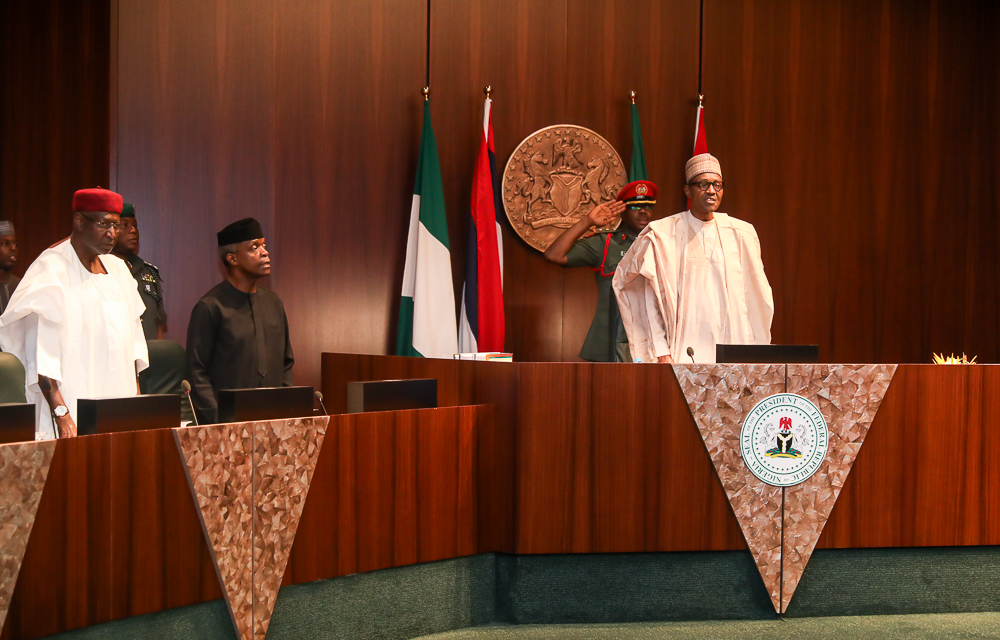 Majority of Nigerians who took part in an opinion poll have dismissed the authenticity of the asset declaration of President Muhammadu Buhari.

Mr Buhari, via a statement by presidential spokesperson, Garba Shehu, provided information on his assets three years ago, bowing to growing public pressure for the then new government to do so within its first 100 days.

Prior to the disclosure, Nigerians condemned Mr Buhari’s failure to form a cabinet and make public his assets after more than three months in office.

However, over two years after that declaration, majority of respondents in the poll by PREMIUM TIMES and Buharimeter believe what Mr Shehu released was insufficient to be considered the president’s public assets declaration.

Buharimeter is a project by prominent civic group, Centre for Democracy and Development (CDD), to track the delivery of President Buhari’s campaign promises to Nigerians.

The online poll lasted a week and was conducted in a way that made it impossible for any respondent to vote more than once from the same computer or mobile device.

The president won the 2015 general election over incumbent President Goodluck Jonathan on his pledge to stamp out corruption.

He also cut the picture of a no-nonsense anti-corruption fighter with his flaunted lifestyle of an austere leader who had no plush homes in Nigeria and abroad.

Mr Buhari had narrated how he took a bank loan to pay for his party’s nomination forms, which sold for N27 million.

But for many Nigerians, weary of the country’s unimaginable level of government corruption, Mr Buhari’s sincerity about confronting the monster needed to start with his public declaration of assets.

A transition committee set up by the president also advised Mr. Buhari to promptly deliver on his promise to declare his assets publicly. But after taking office, Mr Buhari simply dragged his feet.

He explained then that he was awaiting verification of the declared assets by the Code of Conduct Bureau before making the details public.

According to Mr Shehu’s statement in September, 2015, the president had N30 million in his bank account before taking office on May 29, while Mr. Osinbajo had N94 million and $900,000.

It stated that the president owns five houses in Kaduna, Daura, Kano and Abuja, and has two undeveloped plots of land, one in Kano and the other in Port Harcourt.

Mr Buhari also has farms, an orchard, ranch, livestock including 270 cattle, 25 sheep, five horses, a variety of birds and a number of economic trees. He has an unstated “number of cars,” according to the statement.

The president has one bank account (with the Union Bank), no foreign account, no factory, no enterprises, and no oil wells, the presidency said.

It said he has shares in Berger Paints, Union Bank and Skye Bank and two of his houses in his native town, Daura are ‘mud-made’.

“He borrowed money from the old Barclays Bank to build two of his homes,” the presidency added.

“The documents also showed that the retired general uses a number of cars, two of which he bought from his savings and the others supplied to him by the federal government in his capacity as a former Head of State. The rest were donated to him by well-wishers after his jeep was damaged in a Boko Haram bomb attack on his convoy in July 2014,” the presidency added.

He also has a 2-bedroom flat at the popular Redemption Camp along Lagos-Ibadan Expressway and a 2-bedroom mortgaged property in Bedford, England.

Apart from his law firm, known as SimmonsCooper, he has shareholding in Octogenerium Ltd., Windsor Grant Ltd., Tarapolsa, Vistorion Ltd., Aviva Ltd. and MTN Nigeria – all based in Lagos.

The presidency’s asset declaration had stirred controversies from all over the country.

The opposition People’s Democratic Party had described Mr Shehu’s statement as “a flimsy list released to shore up the diminished image of the presidency.”

What Buhari has done to tackle corruption, insecurity in three years – Presidency