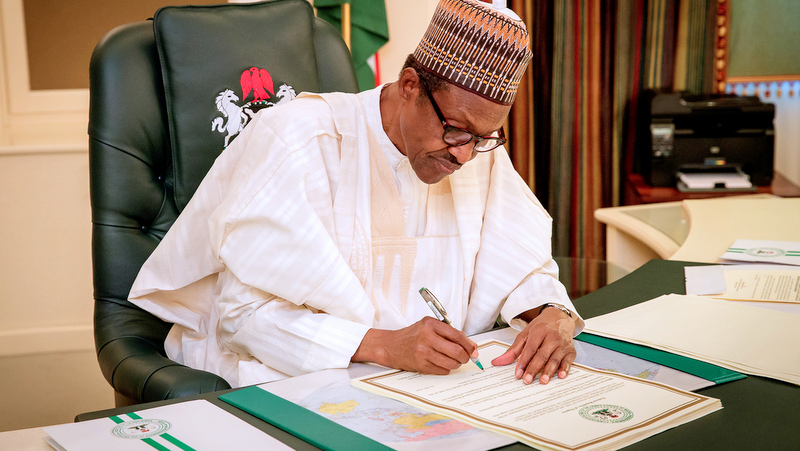 Despite scoring itself high on its achievements in the past three years, a new poll conducted ‘amongst 4,000 Nigerians’ has rated President Muhammadu Buhari’s performance below average.

Last Friday, the presidency in a document made available to PREMIUM TIMES scored Mr Buhari’s government high on economy, infrastructure, investment in people, among others.

But according to the new poll, Mr Buhari failed Nigerians in his three cardinal campaign promises: Corruption, Security and Economy.

The assessment of the president is a yearly activity in commemoration of Nigeria’s Democracy Day on May 29.

After 16 years of rule by a party which accused of massive corruption and failing to tackle the Boko Haram insurgency, Nigerians had enough of the erstwhile ruling Peoples Democratic Party, (PDP) which they voted out of power in 2015..

Nigerians voted the All Progressive Congress (APC) in with a hefty majority, bringing about the first democratic power transfer between parties at the federal level in the country’s history.

After three years in office, Nigerians, according to the poll, are saying the Buhari-led administration has not lived up to those promises, the report showed.

The Centre for Democracy and Development (CDD) launched ‘Buharimeter’ to track the delivery of President Buhari’s campaign promises to Nigerians.

According to CDD, this year’s poll was conducted in May by telephone amongst 4,000 respondents across the 36 states and the Federal Capital Territory.

The poll revealed that 40 per cent of Nigerians approve of the president’s performance while 44 percent disapprove with the remaining 16 per cent neither approving nor disapproving his performance.

“This implies that the president is rated below average by Nigerians. The president’s approval rating of 40 per cent marks a decline of 17 per cent from 57 per cent rating recorded in the 2017 Buharimeter National Survey,” it said.

The survey further revealed that the federal government received ratings below average on the three cardinal campaign promises – Corruption, Security and Economy.

“This is notwithstanding the country’s economic recovery arising from the increase in her Gross Domestic Product (GDP) and a decrease in inflationary rate.”

According to the survey, 57 per cent of sampled Nigerians rated the president’s performance as poor in the fight against corruption.

On security, the poll revealed that only 21 per cent of sampled Nigerians rated the government’s performance as good while 24 per cent and 55 per cent rated it as fair and poor respectively.

However, the current administration’s effectiveness on the agricultural sector was rated fairly; recording the highest average score.

Finally, the poll revealed that radio and television are the primary sources of information on government activities to Nigerians.

Buharimeter is an independent monitoring tool that enables Nigerians, scholars and political analysts around the globe to evaluate the implementation of the campaign promises of President Buhari and his party made in the prelude to the 2015 general elections.