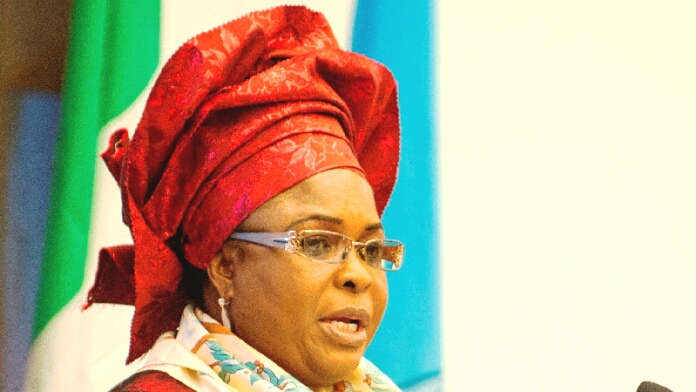 Absence of Justice Mohammed Idris of a Federal High Court Lagos on Tuesday, stalled the continuation of hearing in a suit filed by the wife of ex-President Goodluck Jonathan, Patience, against the EFCC, challenging freezing orders on her account.

The judge was said to be attending a workshop.

The case was then fixed for June 19.

Mrs Jonathan had filed the suit in 2016, to challenge the ‘No Debit Order’ placed by the EFCC on four Skye Bank accounts harbouring a total of $15.5 million.

Joined as defendants in the suit are: Skye Bank and a former aide to President Jonathan, Waripamo-Owei Dudafa.

Though the accounts were said to be opened in the names of the four companies linked to Mr Dudafa, Mrs Jonathan filed the suit, laying claims to the funds.

The case which was slated for hearing on Tuesday, could not proceed as planned, following the absence of the judge.

Defence counsel had informed the court that counsel for the EFCC had sought for leave to file additional processes, adding that same had not been served on him.

Other counsel also informed the court that they had yet to peruse the processes.

Justice Idris had then adjourned the case for continuation of hearing.

At previous adjourned dates, witnesses had began giving evidence in the case.

You’re not with us, APC chairman attacks Buhari’s minister