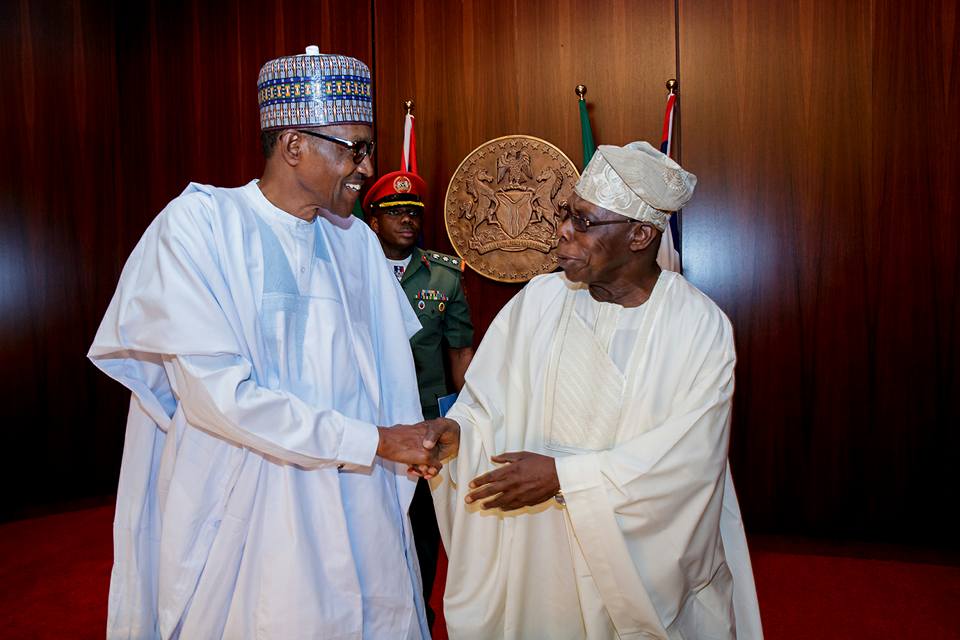 Former President Olusegun Obasanjo has described as “criminal” the rejection of a free trade agreement for African countries, by President Muhammadu Buhari and nearly a dozen other African heads of state.

African leaders gathered in Kigali, the Rwandan capital, to sign the African Continental Free Trade Agreement (AfCFTA) to create a unified market for about 1.2 billion people across the continent.

Forty-four African countries signed the deal, which has been described as the largest free trade agreement since the creation of the World Trade Organisation in 1995.

It was aimed at boosting trade amongst countries with a combined gross domestic product of $3.4 trillion by eliminating borders and tariffs on goods and services within the continent.

The deal was conceived in 2012 and negotiations formally opened in 2015.

Nigeria was one of the key negotiators in drafting the agreement, and the Federal Executive Council approved the AfCFTA framework on March 14, with Okechukwu Enelamah, the Minister of Industry, Trade and Investment, expressing Nigeria’s enthusiasm about the deal ahead of this week’s Kigali meeting.

But Nigeria suddenly pulled out of the agreement on March 18 when the administration announced that the president had cancelled his earlier announced trip to Kigali. The cancellation came after an advance presidential team had already departed Nigeria for the summit.

The government said it withheld signing the deal to allow for broader consultation amidst an outcry from trade unions that Nigeria would not benefit much from the deal.

The unions, including the Manufacturers Association of Nigeria (MAN) and the Nigeria Labour Congress (NLC), argued that the deal would open the border for people from poorer African countries to move to Nigeria, amongst other concerns.

“We will not agree to anything that will undermine local manufacturers and entrepreneurs, or that may lead to Nigeria becoming a dumping ground for finished goods,” the Presidency said on Twitter following the cancellation.

Manufacturers expressed concerns that a ‘rule of origin’ clause in the treaty could permit goods from outside Africa to be repackaged in a treaty member state and exported to Nigeria for only 10 percent tariff that should be exclusive to member states.

Geoffrey Onyeama, Nigeria’s foreign affairs minister, was in Kigali for the March 20-22 summit, but had no mandate to participate on behalf of Nigeria.

Responding to the online backlash that greeted Nigeria’s rejection of the bill, Mr. Onyeama said Burundi, Sierra Leone, Eritrea and Guinea Bissau also failed to sign the agreement. Others who did not sign include Botswana, Lesotho, Namibia, Zambia and Benin.

South Africa did not immediately sign the free movement part of the deal, but President Cyril Ramaphosa said his country was still working out the legal framework for it.

The country, however, signed the free trade agreement, also known as the Kigali Declaration.

Mr. Obasanjo, a longtime advocate of a more united Africa, was at the meeting. He expressed his frustration at Nigeria and other countries’ failure to take part.

“This is a process that has taken 55 years,” Mr. Obasanjo told PREMIUM TIMES Thursday night. “The African integration that our founding fathers fought for.”

He decried Nigeria’s failure to be amongst the 44 countries that approved the deal, saying he had long advised all African countries to participate.

“Nigeria was a key negotiator in this deal,” Mr. Obasanjo said. “When you have a thing that is in the best interest of the people and you fail to do it, it is a crime.”

Other Nigerians concerned about Nigeria’s failure to take part in the historic deal, said it would deprive the country its longstanding perception as the continent’s leader and the decision by other countries to go ahead with the deal was an indication that they could do without Nigeria, the continent’s most populous and largest economy.

In an opinion piece Thursday, he feared that Mr. Buhari might have been misled and slammed the labour leaders as “ignorant.”

“The irony that is lost on Abuja is that in fact Nigeria needs the AfCFTA more than any other African country. Nigeria has the largest market and population. The country and its people stand to benefit more especially at the level of services and SMEs.

“There are more Nigerians than any other group of Africans trading across the continent- in Ghana, Cote d’Ivoire, Angola, South Africa, Gabon, Cameroon, Sao Tome, Equitorial Guinea – our people are everywhere. Out of about the 300 shops or so in Sao Tome’s main market, about 200 of those shops are owned by Nigerians.

“The spare parts business in Angola is in the hands of Nigerians. Nigerian technocrats and businessmen dominate the services sector in The Gambia. There are over one million Nigerians doing business in Cote d’Ivoire. There are Nigerian banks and insurance companies across Africa, even as far as Kigali. The Dangote group has factories in 14 African countries,” he said.