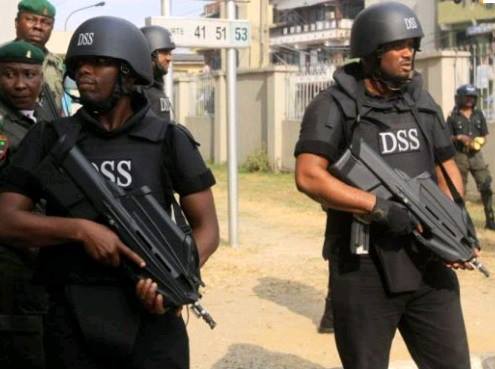 A major demonstration for the release of a detained Nigerian journalist would on Wednesday hold outside the headquarters of the State Security Service (SSS), the agency responsible for his incarceration.

By 9:00 a.m., a coalition of civil rights activists, led by Charly Boy, would hit Abuja streets for Tony Ezimakor, Daily Independent’s Abuja bureau chief who has been in SSS’ custody since February 28, despite concerns over his health and widespread demand for his freedom.

The secret police has not publicly explained why it is holding the journalist, but lawyers hired by his employers said his interrogators demanded that he must reveal the sources of a story that spotlighted the questionable role of security agents in the distribution of ransom payments to Boko Haram.

The story was published on February 21, and Daily Independent began receiving invitations from the SSS a few days later. Mr. Ezimakor turned up at the SSS’ headquarters to honour the invitation last week Wednesday and was summarily taken into custody.

Don Okere, the editor of Daily Independent, told PREMIUM TIMES on Sunday that Mr. Ezimakor is being compelled to reveal his sources for the story. The paper is also being asked to retract and apologise.

Mr. Okere said the SSS’ conditions are being rebuffed, as his newspaper wants the matter charged to court instead, a counter-demand the SSS has failed to oblige.

Mr. Ezimakor’s incarceration has been widely condemned, and calls for his release have grown daily.

“He should be released or charged to court,” said Lanre Arogundade of the International Press Centre in Lagos. The SSS’ action is “absolutely indefensible because it constitutes a violation” of Mr. Ezimakor’s “rights as a citizen and a journalist.”

Mr. Arogundade said the Buhari administration, which has remained silent about Mr. Ezimakor’s ordeal, would take a hit from rights organisations for not intervening on behalf of the journalist.

Already, press freedom in Nigeria has been deemed as getting worse under President Muhammadu Buhari.

Reporters Without Borders’ Press Freedom Index showed that Nigeria fell over a dozen places between 2015 when Mr. Buhari assumed office and 2017, two years into his administration.

Information Minister Lai Mohammed did not respond to PREMIUM TIMES requests for comments about the raging controversy around Mr. Ezimakor’s detention.

Activists pressing for Mr. Ezimakor’s release have circulated a joint statement on social media about their planned protest.

“The decision to occupy the SSS office was made in a bid to prevent Mr. Ezimakor from suffering the same fate as Ibrahim Elzakzaky who has been detained illegally at the SSS facility for more than two years,” the activists said in a statement.

Mr. El-Zakzaky, leader of the Islamic Movement of Nigeria, was arrested, alongside his wife, on December 14, 2015, following a clampdown on Shiites by the Nigerian Army in Zaria, Kaduna State.

At least 347 members Shiites were killed and secretly buried in mass graves by the army.

In December 2016, the Abuja Division of the Federal High Court ordered the release of Mr. Zakzaky and his wife by the SSS, but the secret police refused to obey the order, saying it kept Mr. El-Zakzaky in “protective custody.”

“We urge all members of the local and international media to attend this peaceful protest aimed at drawing attention to the increasing incidents of unlawful harassment of the press and the unlawful detention of Nigerian citizens in violation of their constitutional rights by the present administration,” the activists said.