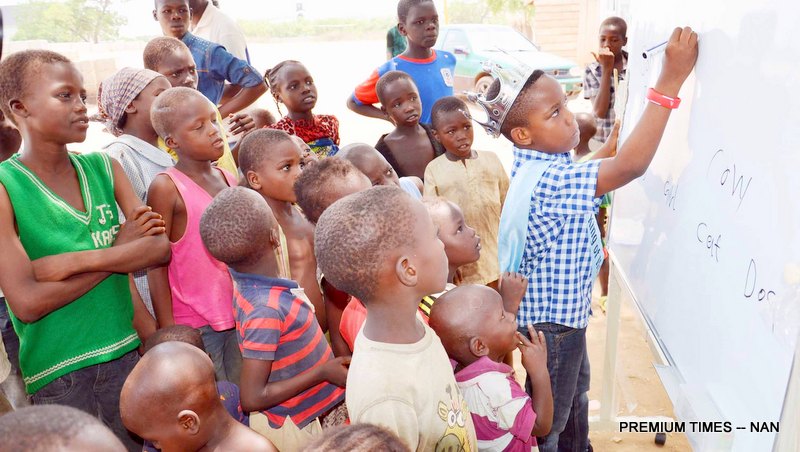 The Kaduna State Government is worried by cases of foreigners allegedly buying children from orphanages in the state for trafficking out of Nigeria.

The state government expressed the concern against the backdrop of an order by the state high court last year for the release of three children to a Ghanaian accused by the government of buying the children for N1.1 million.

‎The State Commissioner for Women Affairs and Social Development, Hafsat Baba, in an exclusive interview with PREMIUM TIMES on Saturday, said the government feared the state was being turned into a haven for foreign child traffickers.

According to Mrs. Baba, her ministry was recently alerted to the sale of another child by an orphanage to a foreign national for N2.5 million.

She said the state government and the Nigeria Security and Civil Defence Corps were still investigating the case.

She narrated the case last year that the state lost in court against the Ghanaian accused of buying the three children from a clinic in Zaria‎.

Mrs. Baba said: ” Yes, a Ghanaian came in August last year with children to make papers for the children but during documentation we discovered he bought the children at a private clinic in Zaria to the tune of N1.1 million.

“He bought two boys at N350,000 each and a female child for N400,000. When we realised that, we informed the police and effect arrest and took the children away from him.

“Government took the custody and enrolled the children in school. But a Ghanaian lawyer who is practising in the state came and took us to court because he wanted the children to be released to that Ghanaian man.

“We wrote to the Minstry of Justice and they took over the case. But a magistrate granted a prayer that we should return the children to the Ghanaian. We refused to do that, instead we appealed the case to the high court.

“The Ghanaian lawyer came to me that we should settle but I told him the case is not between me and him, rather it is between the Ghanaian trafficker and the state government.

“The lawyer became frustrated and came to my office with a note and a police man that I should be arrested because I violated the court order.

“I told him he has no right to come into government office to create a scene.

” I told him to go to Ministry of Justice ‎because they are the one handling the case on behalf of the government. When he tried to be violent, I called the state Attorney-General and she sent a legal adviser who came and picked the paper.

“Later, he was given a court order not to be seen around the premises or intimidate me. Moreover, when the Ghanaian lawyer came to my office, I asked him if someone can buy a child in Ghana and he said no. So, I told him what he can not do in Ghana, why doing it in Nigeria?

“But when the case came up at the High Court they asked us to come with the children which we did. The judge actually saw them but to our shock and dismay, this woman, Justice Hannatu Balogun, ruled against the government in favour of the Ghanaian man that trafficked these children.

“She instructed that we should immediately hand over the children to this man right there at the court premises. This is a case where the man himself wrote that he bought the children.

“And a justice working for the government, knowing fully well in the world, even in Nigeria that trafficking is prohibited and the man confessed that he bought the children and yet she ruled against the government.”

When asked of the basis for the judgment, the commissioner said she had no clue.

” I don’t know her basis because she said she is upholding the judgement of the lower court. When she ruled, we became worried as a ministry because we similarly had about six other trafficking cases in court and we didn’t want her to rule against us,” she said.

The commissioner said the fate of the allegedly trafficked children was unknown since they were handed over to the Ghanaian as ordered by the High court.

She said the ministry had contacted National Agency for Prohibition of Trafficking in Persons ( NAPTIP) about the case.

“We are only fighting to protect the children. But with that kind of judgment, it means people can come to Kaduna and buy children at will and take them anywhere,” she lamented.

“We cannot make Kaduna a safe heaven for traffickers because if we do I don’t know where we will be heading to,” Mrs. Baba told PREMIUM TIMES.

“We (have) mapped out all orphanage homes in Kaduna to see how they operate.
“We also developed a framework on how to manage orphanage homes. The Ministry of Women Affairs has the mandate to monitor orphanage homes and we will sanction those found wanting.

“Child trafficking is a menace that is being fought the world over. Even adults are being trafficked. Recently the president recovered some Nigerians from Libya and ‎I was handed five Kaduna indigenes just on Friday. The victims told me about their ordeals and how they were being‎ sold like chickens.

“If you are talking about adults being trafficked, those that can speak, those that can defend themselves, what about the orphans and vulnerable children? The government is worried about it.”

The State House of Assembly last month passed the Child Protection Bill which is awaiting the assent of Governor Nasir El-Rufai to become law.

“Very soon he (Mr. El-Rufai) will assent to the law because it was passed recently. We are passing this law to protect our children,” she said.

Sokoto to construct 1000 tube wells to tackle drought in farms