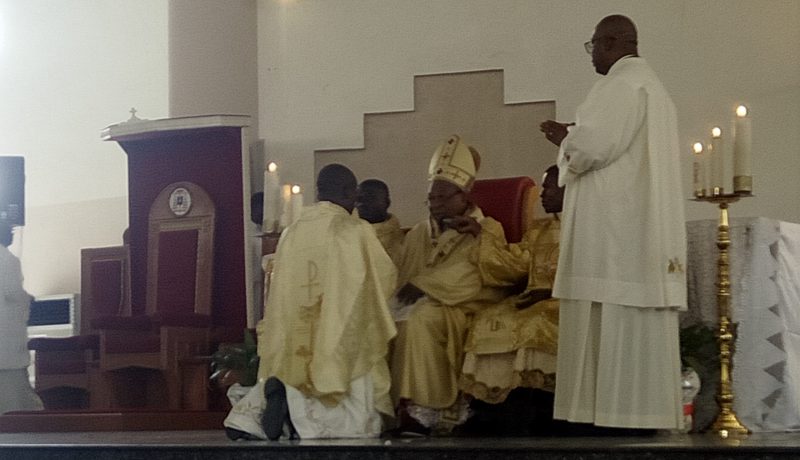 I’m involved in politics, Nigerians should do same — Onaiyekan

The Catholic Archbishop of Abuja Diocese, John Onaiyekan, has urged Nigerians including religious leaders to be actively involved in politics, saying he is involved.

Speaking during the ordination of nine new priests of the Church on Saturday, Mr. Onaiyekan said every citizen has not only a right but a duty to be interested in politics.

Mr. Onaiyekan said the leadership of Nigeria, as governed by the two major parties in the country, has not offered the people the desired change for a better Nigeria. He advocated for a new system to improve upon the current condition of people.

“In the readings of today, God is telling all of us his people that those at the frontline must be servants of all. Politics is not supposed to be aimed at gaining power for yourself. Let all politicians come back and rethink. What do we want political power for? If it is not to serve the people, but to enrich ourselves, then Nigeria will never move forward. We have tested the two husbands now!.

“Anyone who will tell us now that they will continue what they have been doing before will not help us.”

Mr. Onaiyekan urged the newly-ordained priests to be committed to their vows and be honest with all Nigerians in their task of leading God’s people. He also warned against undue excesses on the part of priests.

“Say the truth: but be careful, don’t be stupid. Your priesthood is a gift from God. We have all kinds of men of God. Some of them are doing well in terms of the things of the world. They are flying jets up and down. Some of them are even in books as the richest men of this world. But is that what we are all about? You must know what we are called for. Carry out the ministry of Christ with constant joy and generally not attending to your personal interest but the general welfare of the church.

“Do not take too seriously the fact that you are declared worthy by the priest today, because you are not. The moment you think you are worthy, from that point on, you are nothing.

“None of the apostles were worthy. If they were worthy would Peter have denied Christ? Do not forget that Judas. He sold Jesus for 30 silver coins.”

Mr. Onaiyekan called for more prayers for militants in the country, saying that the use of arms would not stop the reign of terror.

“Pray for the Fulani herdsmen and the Boko Haram, we should pray for them. Arms and ammunition will never do it.

Mr. Onaiyekan whose 35th Episcopal ordination as a Bishop was also marked on Saturday thanked the church and God for the privilege of service.

“I will forever remember that on my 35th anniversary as a Bishop, I was blessed with nine new priests,”.

APC distances self from Buhari’s controversial board appointments