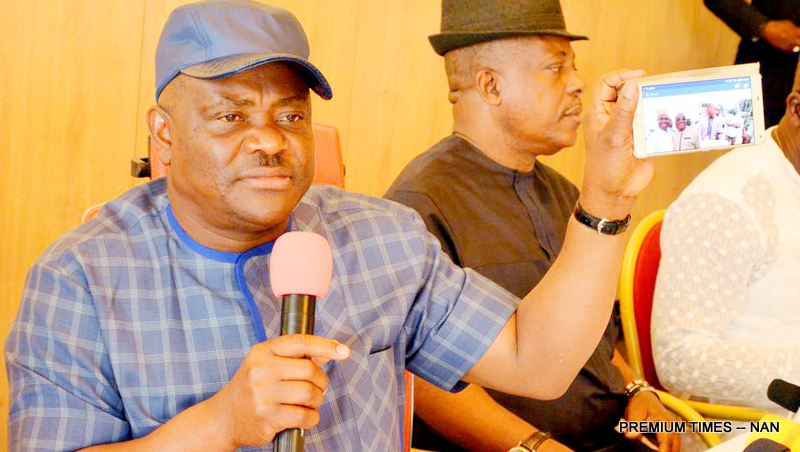 The Rivers State Governor, Nyesom Wike, has announced N200 million reward for anyone with information that could lead to the arrest of the gunmen who killed several residents of the state who were returning from church on New Year Day.

The police in the state said it was difficult to ascertain how many people died so far from the incident which happened in Omoku, a community in Ogba/Egbema/Ndoni (ONELGA) Local Government Area of the state.

But the Director-General, Nigerian Maritime Administration and Safety Agency, NIMASA, Dakuku Peterside, who is an indigene of the state, said that 21 people were killed in the incident.

Mr. Peterside, a chieftain of the All Progressives Congress, APC, blamed the killing on a supremacy battle among rival cult groups and also accused Governor Wike of lacking the capacity to tackle the state’s security challenges.

“I have said it time and again that Governor Wike lacks the capacity and competence to guarantee the safety and security of Rivers people.

“It is unfortunate that over 1,000 persons have been killed in questionable circumstances in the last two years under his watch. He should stop playing politics with the lives of Rivers people and face governance,” Mr. Peterside said in a statement he sent to PREMIUM TIMES.

The police spokesperson in the state, Omoni Nnamdi, said no arrest had been made yet.

Mr. Wike, on Tuesday, led the Rivers State Security Council on a fact-finding and sympathy visit to the families of the deceased, according to a Government House statement issued on Tuesday.

“We have placed N200 million bounty for relevant information that will lead to the arrest of all those involved in this unfortunate act of violence,” the statement quoted the governor as saying.

“Anybody who is connected to this crime in any way will have his/her houses forfeited to the government. This place has been peaceful before this unfortunate mayhem.

“We will not allow another case of this violence. We have mobilised the security agencies to take the battle to the perpetrators,” Mr. Wike said.

One woman, who identified herself as Comfort Ordu, narrated how the gunmen dragged her husband and three children from their home and shot them to death.

The governor was said to have also visited the crime scenes at Omoku and was briefed by the Caretaker Chairman of ONELGA, Olisa Osi, and the Police Area Commander, Mike Nwafor.

The caretaker chairman, Mr. Osi, told the governor that 17 people died in the attack.

The governor, who also visited the residence of a wanted cultist, Don Danny, was said to have commended the security agencies “for working hard to improve the security of the state”.

The governor commiserated with the victims’ families.

The state government, he said, would support the families in burying their loved ones and also settle the medical bills of those receiving treatment.

“I am pained by this unfortunate mayhem,” Mr. Wike said. “Enough is enough.”

The governor was accompanied by the Brigade Commander, 6 Division of the Nigerian Army, A.A Bande; the Commander of Joint Task Force on Security, M.N Madi; the Deputy Commissioner of Police in the state, Ahmed Magaji; and the State Director, State Security Service, SSS, Tosin Ajayi.

Bonnke crusade to hold in Calabar