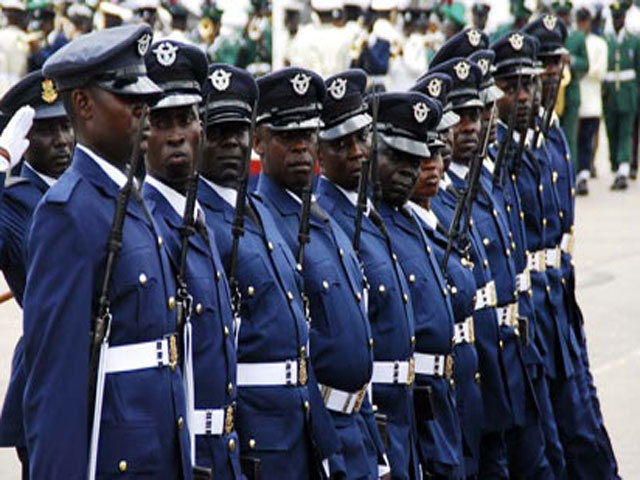 Others are two Wing Commanders and two Squadron Leaders.

The Director of Public Relations and Information, NAF Headquarters, AVM Olatokunbo Adesanya, announced this in a statement on Sunday in Abuja.

Mr. Adesanya explained that the postings and redeployment came as a result of the recent promotion of senior NAF officers to the next higher ranks.

He explained further that though a routine exercise, it was aimed at ensuring that NAF was effectively manned for operational efficiency and effectiveness.

“Prominent among those affected by the new postings are: AVM Lawal Alao who is now the Commandant of the Armed Forces Command and Staff College, Jaji, Zaria, Kaduna State.

“As well as AVM Olusoji Awomodu, who has been appointed as the Director Manning /Establishments at the Defence Headquarters,” he said

In addition, AVM Bello Garba haf been redeployed as the Chief of Logistics at Headquarters NAF and AVM Mahmoud Ahmed had taken over as Chief of Administration, also at HQ NAF.

Others are: AVM Remigus Ekeh appointed as the Director of Evaluation at HQ NAF while AVM Paul Dimfwina as Coordinator, Project Implementation and Monitoring Committee at HQ NAF.

According to Mr. Adesanya, the new posting also brought about changes at the unit level. Some of the new Commanders and Commandants were Air Commodores.

“The newly posted and redeployed senior officers were expected to take over their new offices not later than Jan.2, 2018.

“The Chief of the Air Staff, Air Marshal Sadique Abubakar, had directed the newly appointed commanders of NAF field units to attend a workshop being organised at HQ NAF on Jan. 3, 2018 for commanders.

Mr. Adesanya said Command appointments in NAF came with a lot of responsibilities, including the management of human and material resources.

He said further that the workshop was therefore, aimed at equipping/reminding commanders of their responsibilities and HQ NAF expectations in the conduct of their activities.