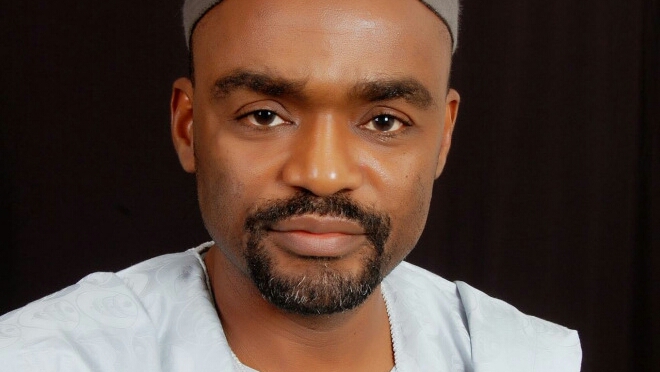 INTERVIEW: Why Fulani leaders dominate in northern Nigeria, and why they speak Hausa — Murtala Muhammed’s cousin

Ibrahim Ado Kurawa was a Special Adviser and the Director of Research and  Documentation under the administration of former Kano State Governor Ibrahim Shekarau.

In this exclusive interview with PREMIUM TIMES HAUSA, he sheds light on a number of issues related to leadership in Northern Nigeria, including Fulani hegemony and origin of his cousin, the late military Head of State, Murtala Muhammed.

PT: As trained a scientist, what prompted you to go into other fields of research?

KURAWA: What prompted me into a research was about 30 years ago, when some people claimed that late Head of State, General Murtala Muhammed, was from Auchi, Edo State. What a terrible claim about his ancestry! I happened to be related to him and so I had to dig our own history and find our origin. That was what made me study genealogy, history, Arabic documents and so on. After many years, I became more and more interested in these fields.

PT: How closely are you related to late Murtala?

KURAWA: My grandfather was a cousin to Murtala’s grandfather. For the record, Murtala’s great grandfather, Muhammad Zangi, was Chief Alkali of Kano. His grandfather was also Chief Alkali of Kano. In 1868, Zangi wrote a book called Altaqidil Akbar. It is also very important to know that Zangi was a student of Sultan Bello’s famous learning centre at Silame. When he became the Grand Khadi of Kano, the then Emir of Kano, Abdullahi Maje-Karofi, instructed him to write about how the jihad took place in Kano, so that future generation would not have doubt.

As a result of my research, in 1989, I translated Zangi’s book from Arabic to English. I told you that he wrote that book in 1868. My father’s grandfather, Shehu, was killed by Tukur, the then Emir of Kano, during the Kano civil war.

PT: With all these narrations coming authoritatively from you, readers will be eager to know which tribe Zangi belonged to.

KURAWA: Mohammadu Zangi was from Gyanawa clan. Gyanawa are Fulani from the Jallubawa clan. Fulani has several clans. We have Sullubawa, Ba’awa, Toronkawa, Danejawa and so on. Gyanawa came to this part of present day Nigeria from Futa Toro, they settled at Bagarmi and up to this part of Nigeria in 1500 AD.

I as well forgot to tell you from the beginning that Salihu, Zangi’s father was among the students of Usman Danfodiyo. His brother, Abdullahi Alkanawy, also wrote a book, Addawa’ir. The book is also documented in a book titled Sokoto Caliphate, written by Murray Last.

PT: Were you close to Murtala before he was assassinated?

KURAWA:  I was in primary school when he was assassinated. But I do remember that he used to visit his aunt, A’isha, who was junior sister to his father. At that time I was staying with her. She was the one taking care of me at that time. That is all I can remember, as I was a small kid at that time.

PT: Looking at historical perspective of the Fulani dominance of Hausa land from 1800 to 1900, it is believed that this hegemony over the Hausa still prevails in both leadership and politics and governance in Nigeria, from 1900 to date.  What are your views about this?

KURAWA: Let us look at history for us to know how things happened. It was not just because you are Fulani that you automatically became head of state or president. That was not the case. First of all, Fulani rulers were scholars who brought scholarship to this part of the world. In Kano especially, when they came in 14th century, they came as scholars.

Being scholars of Islam, they had great opportunity and the only opportunity for one to have social mobility is to have knowledge. So, most of those who happened to be at leadership positions were educated people. What happened during the jihad, which was a movement of intellectual scholars, was that Danfodiyo had several students from Hausa land who were Fulani.

But we also have to understand that Danfodiyo’s lieutenants did something very important that today we are seeing as something that brought unity to the people of northern Nigeria. They promoted Hausa as lingua franca. Most of their books were written in Hausa. Today, many Fulanis in the city don’t or even can’t speak Fulfulde language. I’m sure the Sultan of Sokoto and Emir of Kano don’t speak Fulfulde. But they are all Fulani by ethnicity. Even Sardauna was speaking Hausa and English.

One important thing you also have to look at is that Hausa has dominated everybody – the Hausa language, mode of dressing, food, even the system of traditional institutions in all the states in northern Nigeria, is in Hausa. So what is the difference between Hausas and Fulani? Our ancestors were just Fulani or Hausa. That is all. There was no kind of hegemony or deliberate conspiracy against the Hausas.

PT: Don’t you think the Fulanis are also far ahead of Hausas in terms of acquiring western education, which might have given them an edge above the Hausas? General Murtala was a Fulani, so also Shehu Shagari, Umaru Yar’Adua and Muhammadu Buhari. Majority of First Republic federal and regional ministers from the north were not Hausa but Fulani. Most of the state governors from First Republic to date in the north were mostly Fulani not Hausa. There must be some reasons for these.

KURAWA: In terms of education, when you look at it generally, Hausa people during the 19th century and up to the time of colonization were not interested in education. They were interested in farming and trading. While those Fulanis were clerics, they were studying Islam. Naturally, they became easily shifted to western education. Because western education in the northern part of Hausa land came through the states and the Fulani were those who had the states in their hands.

Colonial masters forced the traditional rulers to enrol their children in schools. The first pupils of Gidan Danhausa, first western school in Kano, were children from the aristocrat homes. Even the first people to go to primary school were the children of Fulani aristocrats. This act had to be perpetuated. Those who went to school will also take their children to school. Those who didn’t would take them time to catch up.

KURAWA: (Cuts in): Even in other places. The first student to go to Barewa College in 1923, I mean that is No.1 student of the school, was Abubakar, a Fulani man from Sokoto, who later became Madaki of Sokoto. Student No.4, Ahmadu Matidan, was also an Arab, from Kano. Ahmadu Bello was the first person among the descendants of Danfodiyo to go to Katsina College, I think around 1926. With this level of education, the Fulani were so easy to be in bureaucracy and politics.

PT: What do you know about the origin of former Head of State, Abdulsalami Abubakar?

PT:  You may have something to say about Ibrahim Babangida?

KURAWA: Everything about his biography is written in this page. (He picks a copy of one of Babangida’s biography from his table and hands it to PREMIUM TIMES reporter). But people can say whatever they want to say.

PT: You must have left some of your legacies when you served as Director, Research and Documentation of Kano State under former governor, Ibrahim Shekarau.

PT: Finally, What more will you say about the Fulani of the Gyanawa clan?

KURAWA: We the Gyanawa clan, where late Head of State Murtala belonged, are today having five traditional titles in Kano Emirate. After the Yolawa, the Gyanawa has the largest number. We have Wali of Kano, Matawalle, Dangoriba, Talba and Magajin Gari. Dangoriba of Kano, who is the District Head of Tarauni, is my father.