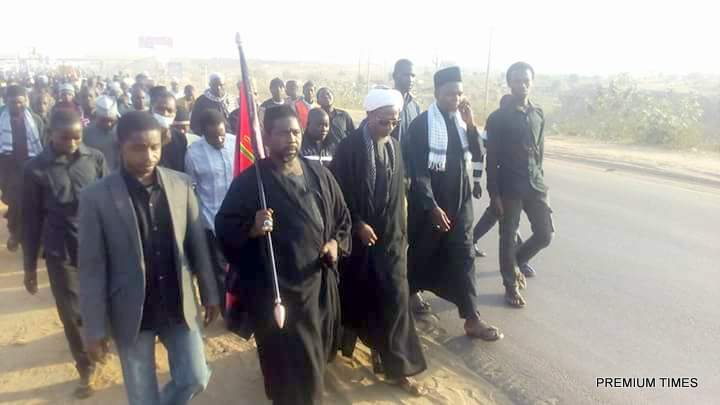 The Nigerian authorities must ensure justice, truth and reparation over the military’s unlawful killing of more than 350 Shi’a Muslims in the northern city of Zaria in December 2015, Amnesty International said on the two-year anniversary of the massacre.

No one has been held accountable for the killings, while the families of the missing are still awaiting news of their loved ones. Amnesty International has identified and visited the location of a possible mass grave near Mando, but it is yet to be exhumed.

“The Nigerian authorities’ failure to hold anyone to account for the killing of hundreds of women, men and children by soldiers in Zaria, shows the acceptance of a culture of impunity for violations for human rights in the country,” said Osai Ojigho, Director of Amnesty International Nigeria.

“Our research indicates that the deaths in the clashes between members of the Islamic Movement of Nigeria, IMN, and the Nigerian military two years ago were the consequence of an excessive use of force that must be thoroughly investigated.”

Between 12 and 14 December 2015, Nigerian security forces killed hundreds of civilians, some of them supporters of the IMN – including men, women and children – and arrested more than 200 following a Shi’a Muslim protest.

The exact number of those killed is not known, but it may be higher than the official figure of 347. Hundreds of IMN supporters reported missing since the killings remain unaccounted for, feared dead.

Satellite images of the Mando mass grave site taken on 2 November and 24 December 2015 show severe disruption of an area of approximately 1000 square metres, including the destruction of buildings and mosques.

“A full independent forensic investigation into this crime under international law is long overdue. Many families still do not know the fate of their loved ones who have not been seen or heard of since December 12, 2015,” said Osai Ojigho.

“Nigeria’s Attorney General and Minister of Justice of the Federation should order that the bodies in the mass graves are exhumed, and that those suspected to be responsible for their deaths are prosecuted in fair trials without recourse to death penalty.”

The Nigerian government has failed to publicly condemn the unlawful killings that took place in Zaria.

Meanwhile, the IMN’s leader, Sheik Ibraheem El Zakzaky and his wife have been unlawfully detained since the killings, despite an Abuja High Court order for their release a year ago.

“The Nigerian government cannot continue to disregard this court order and as a matter of urgency respect the rule of law by releasing them immediately.” said Osai Ojigho

In April 2016, a Kaduna state government official admitted that 347 IMN members were dumped in a mass grave near Mando.

“This information should be an important lead for the government to investigate the killings and ensure all those suspected of criminal responsibility are held to account,” said Osai Ojigho.
“But until now, the shocking lack of accountability for these deaths has served only to bolster a climate of impunity.”

The IMN is a Shi’a religious and political organisation whose leader, Ibraheem El-Zakzaky, has been a proponent of Shi’a Islam in Nigeria since the 1980s. In October 2016, Kaduna State government declared IMN an unlawful organisation.

According to Amnesty International’s research, more than 350 IMN members were killed by security forces between 12 and 14 December 2015 in Zaria.

In July 2016, the Kaduna State Commission of Inquiry, set up to investigate the killings, presented its report to the state government indicting the Nigerian military for unlawful killings.

In December, the Kaduna State government published its white paper on the report, which rejected most of the Commission’s recommendations.

Processions, demonstrations and other activities organised by the IMN, usually without obtaining the necessary permits and at times blocking public roads, have frequently resulted in confrontation with the Nigerian authorities and strained relations with other communities.

Police lied, I paid my way out of prison after torture – Man accused of rape