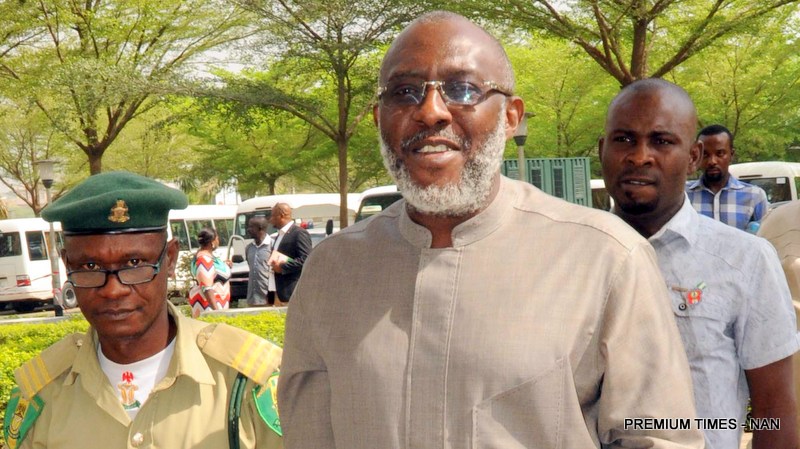 A counsel representing a former National Publicity Secretary of the Peoples Democratic Party, Olisah Metuh, has alleged threats to his life for demanding the appearance of former President Goodluck Jonathan in court as defence witness.

Mr. Metuh is facing trial at an Abuja Division of the Federal High Court for alleged diversion of N400 million from the Office of the former National Security Adviser, Sambo Dasuki.

His lawyers led by a senior Advocate of Nigeria, Onyeachi Ikpeazu, had asked the court to compel two major witnesses, Mr. Dasuki and former President Goodluck Jonathan to appear as witnesses for the defence.

Following that request, Mr. Dasuki appeared in court in November but testified that he did not have details of the connection of Mr. Metuh with the fund he was accused of diverting.

Mr. Dasuki said he needed to consult his documents to give the details.

The court had in the last sitting ordered its bailiff to serve a subpoena on Mr. Jonathan at his Abuja residence in Abuja.

The court also noted that inability to serve Mr. Jonathan directly would cede responsibility to the defence to apply for service of the court order by substituted means.

On Monday, the court bailiff read an affidavit wherein he confirmed making another attempt to serve Mr. Jonathan but was told by his (Jonathan’s) security official that Mr. Jonathan would be available to receive the subpoena on December 11.

After hearing from the court bailiff, a counsel to Mr. Metuh, Emeka Etiaba, drew the attention of the court.

“I want to bring two facts before this court. The first is that when we wanted to serve Dasuki with our subpoena, the attempt by the bailiff was not that smooth. As at that time, there were insinuations that we did not indeed want Dasuki to come and testify in this court.

“But eventually he was served and has since come and testified and we are very satisfied with his evidence.

“The second is that before this court is yet another issue, relating to the execution of another subpoena on no less a person than the former president of this country.

“This subpoena is one that has generated quite a lot of controversy and threats not just to our clients but to myself. The threat goes to the lives of the first defendants, myself and Dr. Onyeachi Ikpeazu,” Mr. Etiaba said.

“This will not make us change our mind as to whether His Excellency will come and testify or not,” he added, asking for extended time to allow the bailiff issue the subpoena on Mr. Jonathan on December, 11.

“But we shall only plead with the honorable court to allow the bailiff make another attempt to serve the notice on December 11.

“We make this application on the believe of the fact that we don’t want to turn this witness into an adversary, but we want him to come to court as a witness who was freely subscribed to as a witness and a witness who decided on his own to obey the order of court to come and testify.

“We ask that the bailiff be given an opportunity to serve the subpoena on His Excellency Dr. Goodluck Jonathan even as we can infer from the affidavit that he will allow him”.

Asked whether the defence had another witness to call or if the first defendant (Mr. Metuh) would not testify in his own defence, Mr. Etiaba said the defence planned to listen first to Mr. Jonathan before determining to either allow Mr. Metuh testify or not.

He further stated that since the defence had already planned out its procedure for presentation of witnesses, any attempt by the court to alter the plan would result in Mr. Etiaba’s withdrawal as Mr. Metuh’s counsel.

Responding, however, counsel to the Federal Government, Sylvanus Tahir, asked the court to compel Mr. Metuh to serve Mr. Jonathan through substituted means.

Mr. Tahir said although section 123 (a) of the Administration of Criminal Justice Act allowed for personal service of court orders, the law also provides for substituted means of service, where there is a challenge in ensuring personal service.

In an attempt to secure a clear reaction from the prosecution regarding the subpoena, the trial judge, Okon Abang, asked Mr. Tahir to react to the application for time by the defence counsel.

Mr. Abang noted that he had informed the defence during the previous sitting that it was entitled to requesting to serve Mr. Jonathan through substituted means.

Mr. Tahir responded by asking the court to set aside the subpoena if the defence was unwilling to apply for substituted means of service to Mr. Jonathan.

Mr. Tahir also asked the court to direct the defence team to either present its next witness or invoke section 250 (2) (b) of the ACJA by determining the first defendant has closed his case.