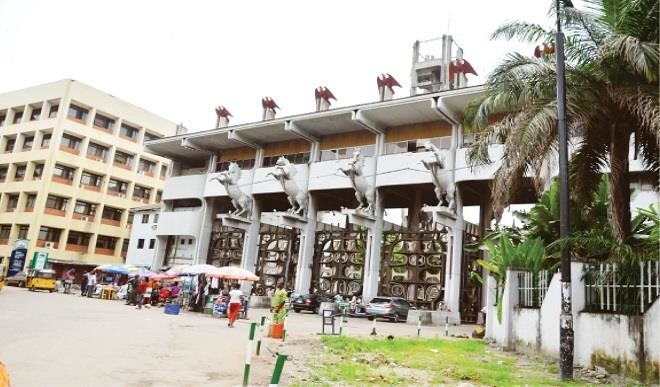 The Tafawa Balewa Square, the National Arts Theatre and some selected power plants under the National Integrated Power Projects are part of the key national asset the federal government has concluded plans to sell, an official has said.

The purpose of the proposed sale is to generate sufficient revenue to finance the country’s annual budgets for the next three years (2018-2020), the Director General of Budget Office, Ben Akabueze, was quoted as saying by The Nation newspaper.

The newspaper quoted Mr. Akabueze as saying this when he appeared before the House of Representatives Joint Committees on 2018-2020 Medium Term Expenditure Framework /Fiscal Strategy Paper, MTEF/FSP, on Monday.

He also noted that the federal government’s non-core assets from the mines and steel sector like houses and estates are part of items slated for sale.

According to him, some items for the 2018 budget would be financed from the revenue garnered from sales of the key government assets as well as national parks.

He said proceeds from the privatisation of the assets would be used to finance the budget deficit of N2.005 trillion, much of which will be financed through domestic and foreign borrowings. He said that had been factored into the 2018 budget.

Nigeria, he said, was generating too little revenue; hence it was expedient to borrow. The official added that the reverse would be the case, if actually the assets were generating revenues.

“We are generating too little revenue, hence we are borrowing. If we generate enough, borrowing ratio will drop”, he said.

However, chairman of the joint committee, Babaginda Aliu, frowned at the absence of representatives of the five federal government agencies whom he described as critical to the 2018 budget consideration and passage.

He noted that notwithstanding the late submission of the MTEF/ FSP, the committee was committed to streamlining its activities to pass the document and ensure the budget is passed in record time.

The Minister of State for Budget and Planning, Zaniab Ahmed; representative of the Governor of Central Bank, Adelabu R.A.; and Executive Chairman, Federal Inland Revenue Services, Tunde Fowler; also made presentations during the session.