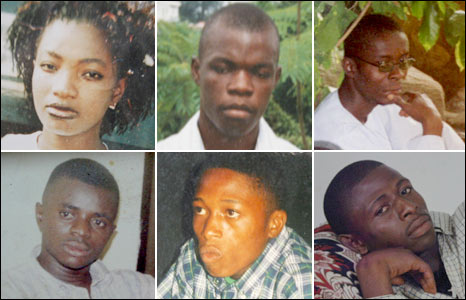 Apo Six: Why we reinstated officer charged with murder of Abuja traders — Police

The police have confirmed to PREMIUM TIMES that a deputy commissioner charged with the 2005 murder of auto parts dealers and a woman in Abuja has been reinstated.

But the force said the reinstatement was sanctioned by the Police Service Commission which relied on the judgement of the FCT High Court that freed Ibrahim Danjuma after finding him not culpable on March 9.

“The police received instruction from the Police Service Commission that the officer should be reinstated because he had been discharged and acquited by a competent court,” said police spokesperson, Jimoh Moshood.

Mr. Danjuma and four other officers were tried for the killing of the traders between the night of June 7 and 8, 2005. They had spent some time at a club on Gimbiya Street, Area 11, and were returning to their home in Apo neighbourhood when they encountered some police officers that fired at them.

The police had initially said that the victims, whose were between ages 21-25 and included a woman, were armed robbers.

But a panel set up by President Olusegun Obasanjo to look into the disputed most of the account by the police and recommended Mr. Danjuma and his men for trial.

All the officers were immediately placed on suspension by the police.

Twelve years later, two of the officers were convicted and sentenced to death, but the FCT High Court presiding judge, Ishaq Bello, said there was no evidence to convict Mr. Danjuma and two others.

Mr. Danjuma’s rank would be restored, his accumulated salaries from June 18, 2005, would also be paid with plans to send him on a refresher course, a police memo published by Sahara Reporters showed.

Other officers discharged by the court were also reinstated to their previous ranks or promoted and would get their accrued remuneration, the platform reported.

It was not immediately clear why the police moved swiftly to reinstate the officers even when the victims’ families are pursuing an appeal.

The families strongly held that Mr. Danjuma participated in the killings and should have been convicted based on the evidence tendered before the judge.

PREMIUM TIMES learnt that an appeal had been filed and noticed served on the police.

The Attorney-General of the Federation is prosecuting the matter based on a fiat arrangement with an Abuja-based law firm, Chris Uche and Co.

Mr. Moshood said Mr. Danjuma and other officers approached the PSC with the court verdict and demanded full implementation.

But the issue of reinstating the officers and paying them their salaries from the time they received their respective suspension was not before the court.

“The police only acted on the instructions of the Police Service Commission that the officers be reinstated,” Mr. Moshood said. “They were suspended by the PSC and have now been reinstated by the same body.”

“The Nigeria Police Force as an institution will always obey instructions from the Police Service Commission, which is the regulatory body,” the spokesperson added.

Ikechukwu Ani, spokesperson for the PSC, could not immediately provide details about the controversial reinstatement when reached for comments by PREMIUM TIMES weekend.

“Please allow until Monday for our detailed reply to your enquiries,” Mr. Ani told PREMIUM TIMES by telephone Saturday.