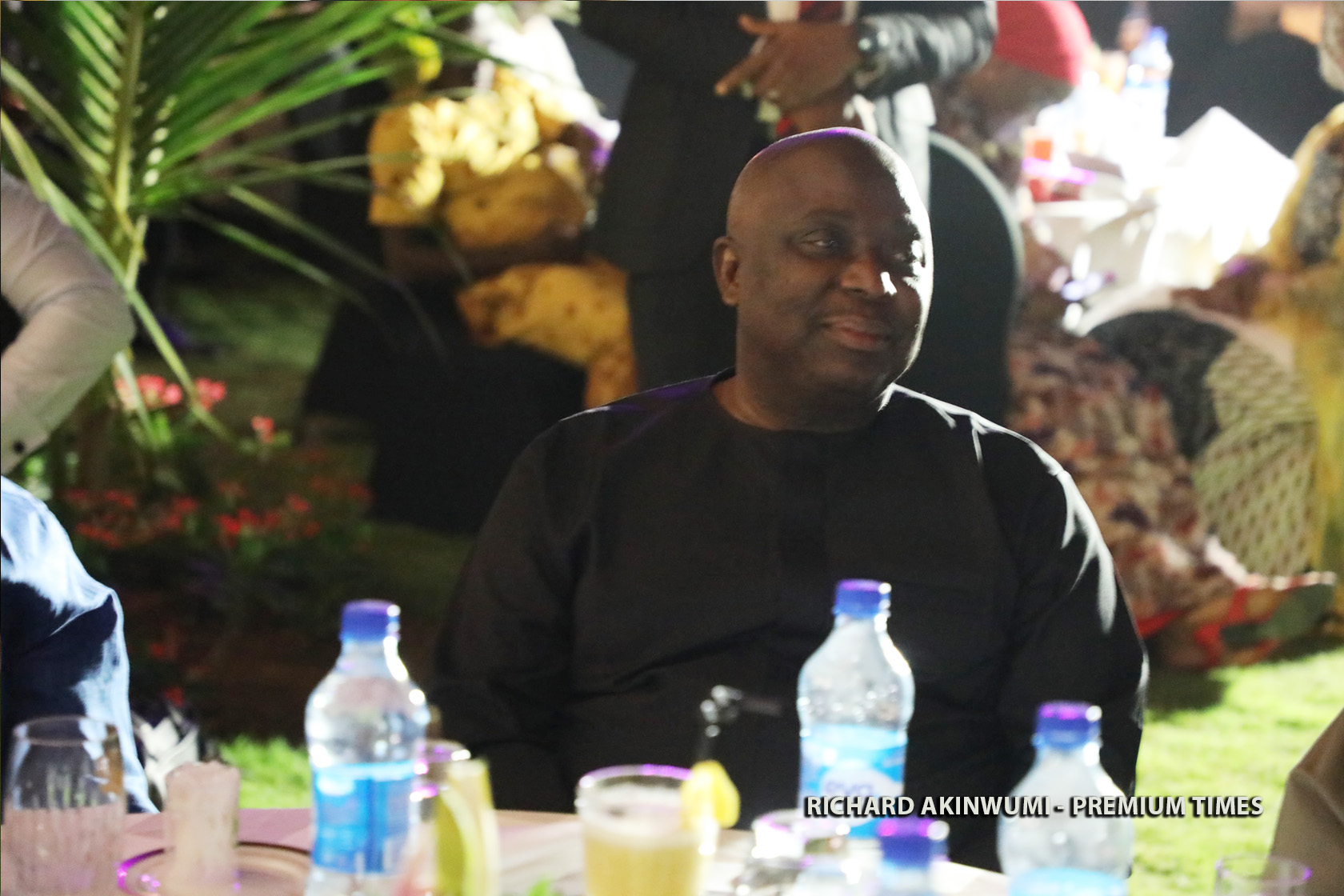 Activists, friends, family and member of the journalism community on Thursday gathered in Lagos to celebrate the publisher of PREMIUM TIMES newspaper, Dapo Olorunyomi, who clocked 60 on Wednesday.

Speakers at the gathering also used the opportunity to discuss the challenges of journalism practice in Nigeria.

The event, which held at the Wole Soyinka Arts Gallery, Freedom Park, Lagos Island, was part of the week-long 19th Lagos Book and Art Festival, LABAF.

Earlier on Wednesday, Vice President Yemi Osinbajo and a former chairman of the Economic and Financial Crimes Commission, Nuhu Ribadu, led other associates to celebrate Mr. Olorunyomi in Abuja.

Delivering the keynote address at the event in Lagos, poet and activist, Odia Ofeimun, traced the trajectory of “guerrilla journalism” in Nigeria, situating Mr. Olorunyomi and other journalists at the heart of the struggle against military rule.

Mr. Ofeimun explained that even at the risk of personal loss, Mr. Olorunyomi, who was then editor of The News magazine, stood against the military junta until he had to go into exile afterward.

The keynote speaker also paid tribute to those who stood with the PREMIUM TIMES publisher at the time, including his wife, Ladi Olorunyomi.

A panel discussion themed, “Courage Under Fire: A Life Of/In Professional Journalism” was held after the keynote address.

Human rights activist, Ayo Obe, who was the chair of the panel, recalled how Mr. Olorunyomi, together with Bayo Onanuga, Idowu Obasa, Babafemi Ojudu, and other journalists, withstood the storm in their struggle towards freedom of expression and fight against military oppression.

Ropo Sekoni, a retired professor and mentor to Mr. Olorunyomi, said Nigeria is not as free for practising journalists as the Minister of Information and Culture, Lai Mohammed, would want to have many people believe.

In his contribution, Lanre Arogundade, a veteran journalist and head of the International Press Centre, said there was a need to build strong institutions for the media practitioners to perform without undue influence from politicians.

In her contribution, Kadaria Ahmed, journalist and ace broadcaster, said if there were more investigative platforms like PREMIUM TIMES, politicians will be put on their toes at all times.

Ms. Ahmed praised Mr. Olorunyomi and his team at PREMIUM TIMES for the newspaper’s reportage of contemporary issues, saying “imagine if we had more platforms like PREMIUM TIMES.”

In his contribution, the Chairman Editorial Board of The Nation newspaper, Sam Omatseye, dismissed the argument put forward by journalists that funding is critical to the growth of the institution, saying such a defence was “crap”.

Mr. Omatseye maintained that courage was the most important factor in building institutions, saying the funding would come afterwards as was the case during the June 12 struggle.

Media coach and journalist, Taiwo Obe, on his part, however, described Mr. Omatseye’s position as a “wrong” one, saying funding also plays important role in the growth of an institution.

Foremost poet and literary icon, Niyi Osundare, prayed for Mr. Olorunyomi, saying it takes a lot of courage to look culture in the eye and confront the authorities.

”The sense of self-worth gave Mr. Olorunyomi the courage to hold
authorities responsible,” he added.

“We have a country that discouraged people from being courageous,” the poet said.

A friend of Mr. Olorunyomi, Idowu Obasa, recalled how the PREMIUM TIMES’ publisher turned him ‘into a journalist by force’.

“One thing that stands Dapsy out is his selflessness, almost to a very annoying level… Dapo is a human being,” the founding member of The News magazine said.
Mr. Olorunyomi has had a chequered career that spans public service, civil rights activism and the media.

Educated at the University of Ife (now Obafemi Awolowo University), where he earned a B.A in English and M.A in Literature, he has attended several courses globally and received many awards, including the Freedom to Write Award, Hellman Hemmett Grant, Press Freedom Award, and International Editor of the Year Award.

He was a founding member of The News magazine, launched in 1993, a flagship media publication that has produced many outstanding journalists. He served as deputy editor-in-chief of the magazine.

Due to his hard-hitting journalism, he was to be caught up in the violent repression of the military leader, Sani Abacha, which led to his exit from Nigeria in 1995.

He returned to Nigeria in 2004 to work as project director of Freedom House, an independent organisation that supports the expansion of freedom in the world. A year later, he founded the Wole Soyinka Centre for Investigative Journalism (WSCIJ) named after Africa’s first Nobel Laureate in Literature, Wole Soyinka.

A former policy director and chief of staff to then executive chairman of the EFCC, Mr. Ribadu, Mr. Olorunyomi brought order, synergy and clarity to the work the commission did during the turbulent days of the anti-graft war under Mr. Obasanjo.

After his stint at the EFCC, he was involved in the setting up of Next newspaper, a short-lived but highly effective media outfit that redefined the nation’s investigative journalism. As enterprise editor, he set up and headed the Investigative Reporting Team of the newspaper.

When Mr. Ribadu contested for president in 2011, Mr. Olorunyomi was the lead strategist for the campaign.