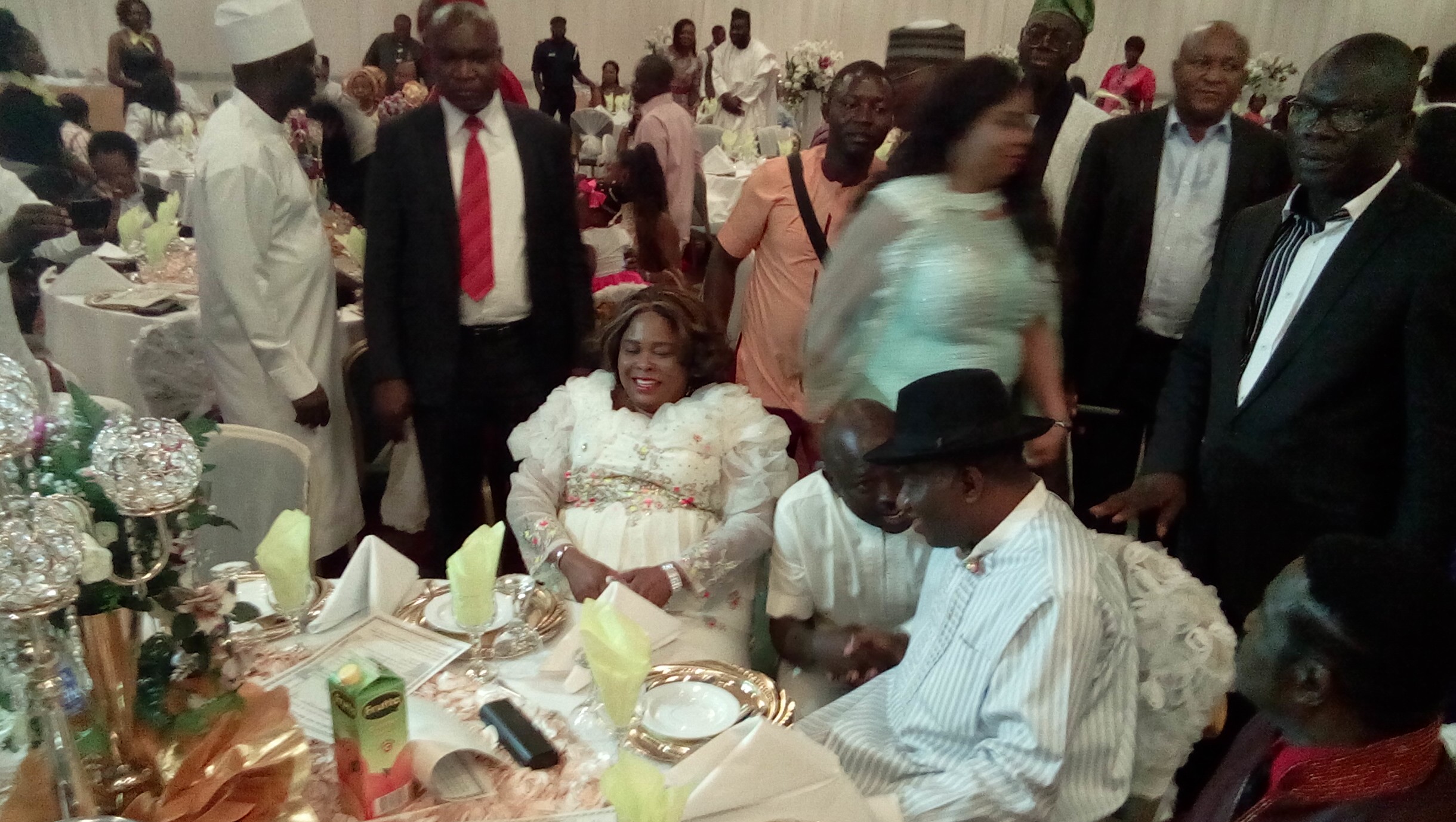 Former president, Goodluck Jonathan and others.

Former President Goodluck Jonathan has said the nation would be able to overcome its numerous challenges if it could use some of the recommendations of the 2014 National Conference.

Mr. Jonathan, who spoke briefly as a guest of honour at the 60th birthday celebration of constitutional lawyer and activist, Mike Ozekhome in Abuja, said the recommendations generated by the conference were keys the government could use in navigating some of its challenges of nationhood.

Mr.Ozekhome used the occassion to launch a book titled “Nigeria we hail thee,” a collection of some of his experiences as a participant in the 2014 conference.

Referring to the book and its author, Mr. Jonathan said Nigerians should read the book to judge if the conference was manipulated or not as insinuated by some Nigerians.

He also described the celebrant as dogged and impressive Nigerian who had contributed his quota to nation building.

Mr. Ozekhome said his book outlines his experiences at the different discussions and sessions at the conference as one of the key participants including the key recommendations made at the parley.

The recommendations of the 2014 conference which had about 492 delegates that represented a cross-section of Nigerians including the professional bodies have been lauded by many political pundits as a fruitful. Other critics have however dismissed the event as a distraction put in place then by the former president.

The conference which was headed by retired judge Idris Kutigi witnessed plenary sessions that lasted weeks as the panels of discussants were broken into 20 committees that included Public Finance and Revenue sharing, devolution of powers, political restructuring and other critical issues of national value.

In recent months, there have been strident calls for political restructuring and devolution of powers by contending regional groups.

Mr. Jonathan also recently flayed the Muhammadu Buhari administratiin for underplaying his acheivments in office while focusing on the shortcomings which he referred to as lies.