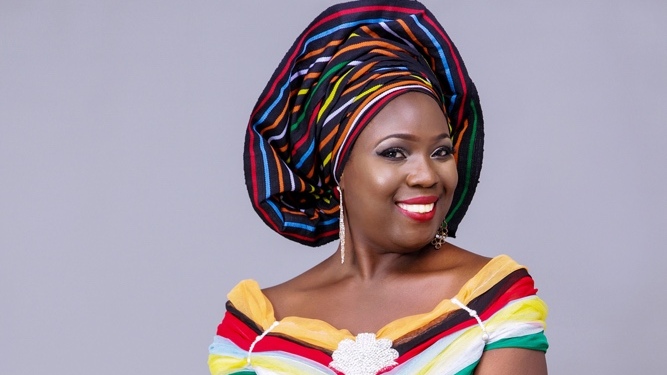 INTERVIEW: How I lost 70 kg in 18 months –Comedienne, Lepacious Bose

When you come across popular Nigerian comedienne, Bose Ogunboye aka Lepacious Bose lately, you can’t help but notice her trim figure. Previously a size 32, she lost an outstanding 70kg and currently is a size 14. During this interview, she revealed that she had a prophetic pronouncement of becoming a ‘Lepa’ long before she shed weight.’ The fun-loving humour merchant also opened up about her career and more.

PT: Your weight loss is quite outstanding. Why did you decide to lose weight since your teeming fans were already used to your size?

Lepacious Bose: I decided it was time to lose weight on a certain day after my nephew told me that I was breathing funny. I asked him how and he said, I was breathing like somebody that was going to die. The manner with which he said it scared the hell out of me. He looked at me straight in eye and with pity he said, “Please, Aunty Bose, don’t die”. I took a reality check and decided to ask myself some questions, Is this all there is to life? I took an inventory of my life and asked myself if I was truly happy and the answer was no! I wrote a list of things that made me happy. I couldn’t find much to write. I tried to write a list of things that made me unhappy and I had so many things to write. The first 10 things were tied to being fat. So, I decided it was time to make a change. I decided to take the bull by the horn and do something about my weight. I used to be a size 32 but I am currently a size 14.

PT: How were you able to shed so much weight?

Lepacious Bose: I tell people that there is nothing miraculous about weight loss. I was actually losing weight right under their nose and they just did not notice it. I began my weight loss journey about four years ago and I have not stopped. I stayed away from eba for three years and I missed eating good food. I tell people that I had only eaten pounded yam like three times during this period. It wasn’t a decision that I really liked; it took a lot of hard work, discipline and commitment. When I want to go out, I am already thinking of what I am going to eat. If I am stuck in traffic, I am thinking of what I can snack on. I also tried to avoid consuming junks and soft drinks while commuting during the day. Sometimes I attend parties and I don’t eat anything. I just take my eyes off food.

PT: What are some of the challenges you have experienced so far?

Lepacious Bose: I used to think that when I lose weight the whole world would love me for it. I used to think that when I lose weight, the world would celebrate me. But, that was not the case for me at first. And so, the avalanche of criticisms and cyber bully I faced came as a rude shock. People said so many negative things about me online. At the time, I kept asking myself if what I did was wrong. I had to learn and understand that people’s opinion should not define me. It was a shaky time for me. So, it was important to address why I did what I did. I knew I didn’t lose weight because of people. I knew that I didn’t shed all those fat because I wanted attention and it was because of me.

PT: What would you say is your greatest lesson so far?

Lepacious Bose: Well, I think loving whom you are on the inside is the most important thing I have learnt. Considering what I have been through these couple of years and the challenges I have faced, I have realised the importance of being beautiful from within. When you are completely happy with yourself, with whom you are regardless of the situation, when you begin to pay attention to the beauty that is inside of you. You will also begin to experience a lot of changes from the outside. I used to think it was all about the perfect body and the looks, but while I think they are important, I know now that true happiness comes from inside, from accepting who you are.

PT: But you recently said that you made more money when you were overweight.

Lepacious Bose: I was completely misquoted. Someone asked me why I decided to lose weight. He said I was making lots of money with my former weight as a comedian. I was like, “O yes, I was making a lot of money as a comedian, however, I needed to lose weight for a number of reasons”. This person put the story out that I said I was making more money when I was fat than now that I am slim. It made me look ridiculous. I was upset. To be honest, I cried. Until I realised that people’s opinion should not define me.

PT: Do you sometimes think your story has been a source of inspiration?

Lepacious Bose: Yes, definitely. The feedback has been overwhelming for the most part. A few days ago, I was at the gym around 8am. I got a message from BOUQUI, the rapper, all the way from America, telling me of how I inspired her. People like Kemi Adetiba, Lolo of Wazobia FM openly say that I am their inspiration. Sometimes, it is from people I would normally think do not notice what I am doing that I get the best wishes and encouragement. These things keep me going. It makes me want to work more. I post some of my workout video sessions on Instagram. Sometimes, I don’t want to because I don’t see the need to. But when I see people’s response, it motivates me as well. It does keep me going.

Lepacious Bose: It has always been that way for me. In secondary school when people call me orobo (fat), I would be like “Ojo ndu yi ni (are you blind!). I am lepa (slim). Can’t you see?” That was how I got the name. And seeing that it has materialised makes me realise the power of words. I realise how powerful words are. It taught me how to apply words in other areas of my life. It is not just about my size. For instance, I refuse to say negative things about Nigeria, about myself or about anyone. The more you say negative things, the more you pull negative things to you.

PT: Is that all you think there is to losing weight?

PT: What show would you say shot you into limelight?

Lepacious Bose: I can’t really remember the actual show that launched my standup comedy career. In fact, I’ll say the show that started this whole thing is one very inconsequential show. I think I performed at a church event and something to another and I got invited to perform at the Night of a Thousand Laughs 2006. I also appeared on Basket Mouth’s Laff & Jamz around that time amongst so many other shows. By 2007, I was already a household brand.

PT: Has comedy been profitable?

Lepacious Bose: Honestly speaking, comedy has paid the bills. I don’t have a godfather or godmother so I have achieved all that I have solely on merit. Comedy has fed me, paid my bills and given me a better life than I had expected.

PT: You also act by the side.

Lepacious Bose: I have always loved acting; I have starred in a couple of Nollywood movies. I have worked with Uche Jumbo, who by the way is an excellent person to work with. I featured in Omoni Oboli’s movie ‘Being Mrs Elliott,’ I enjoy acting more because am not under pressure to impress the audience instantly.