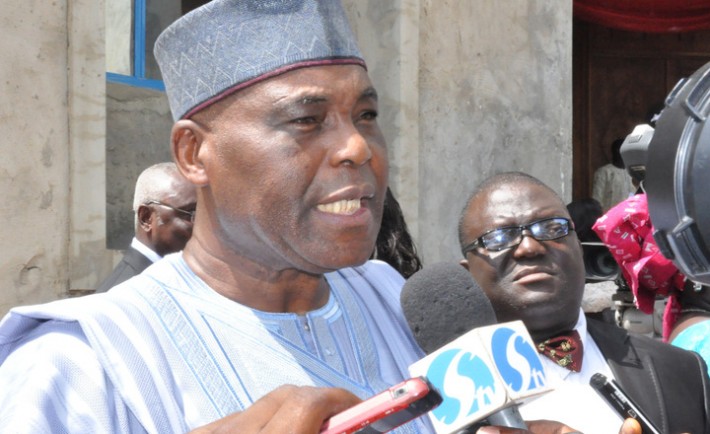 Raymond Dokpesi, the founder of Daar Communications, has intensified lobbies toward winning the support of key PDP leaders in his ambition to become the party’s National Chairman.

Mr. Clark, while receiving Mr. Dokpesi, described him as “courageous, transparent, fearless and the right man the PDP needs to move forward”.

Mr. Clark, who endorsed Mr. Dokpesi, said he had been a dedicated PDP member, “who did a lot for the party in 2015”.

The party stalwart stressed the need for PDP to ensure internal democracy, pointing out that it was key to its success in the 2019 general elections.

“For every election, PDP must ensure that there is internal democracy.

“If 10 people want to be chairman in a local government, they should all be allowed to go for the election. That is how to do it,’’ Mr. Clark said.

He said that impunity of the governors must be stopped, noting that the recent leadership crisis of the party was caused by such impunity.

Mr. Clark advised PDP members and leaders to see the December convention as an important project of the party that would open doors for a brighter future.

Mr. Aliyu, who also endorsed Mr. Dokpesi, said the PDP needed a leader like him rather than “those that will create negative image for the party’’.

“After 14 months of leadership crisis, there is the need to “rebuild, re-brand and rejuvenate the party,’’ he said.

On his part, Mr. Bunu said that PDP was responsible for its current woes.

“Borno PDP was made to remain in opposition for 18 years by PDP. The party’s members kept undermining its chances over the years,” he fumed.

He expressed confidence in Mr. Dokpesi’s capacity to lead the party, saying that he had demonstrated his commitment to fighting peoples’ causes.

“Supporting your ambition is not for our individual selves, but for the party. We want PDP to succeed. We want the values of the party’s founders sustained.

“If these values were sustained, we would not have been where we are today,” Mr. Bunu said.

Mr. Dokpesi, in his separate responses, said that unity and sanity must return to PDP.

He said that PDP was in need of a visionary leader, who was committed to its ideals and values.

Mr. Dokpesi said that he had remained an unrepentant member of PDP and was a strong supporter of the Ahmed Makarfi-led National Caretaker Committee, even at the peak of the party crisis.

He promised to build a fearless team that would prepare PDP for the 2019 elections.