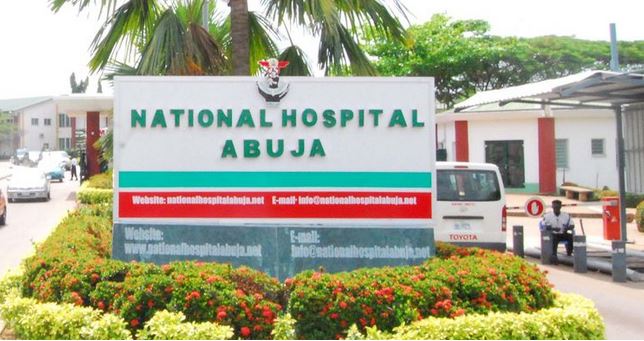 The Joint Health Sector Unions and Assembly of Healthcare Professionals, JOHESU, has suspended its nine-day-old strike. The union made the decision following a nine-hour meeting with the federal government in Abuja.

The national chairman of the union, Biobelemoye Josiah, said the strike had been suspended “in principle”, as a NEC meeting of the union will be held on Tuesday to take the final decision. He said that the union has reached an agreement with the federal government and workers are to resume back to work on Wednesday.

The union embarked on a nationwide strike on September 20 to protest among other issues, salaries adjustments, promotion arrears, and improved work environment for its members.

Ahead of the full implementation of the Contributory Health Insurance Scheme in Delta State, the Governor, Ifeanyi Okowa said medical facilities in the state should be of best standards to meet the health needs of the people.

Mr. Okowa after an unscheduled visit to Government Hospital, Umunede, one of government run hospitals in the state lamented the state of the facilities in the hospital observing that the hospital deserves to be upgraded.

While commending the staff of the hospital, he said the government wants all hospitals in the state to be of best standard and his administration will not compromise quality and prompt treatment of patients. He also emphasised demarcating the children wards from the adult wards saying it is not good for adults and children to be kept in same wards.

The Federal Government has commenced a pilot scheme of free mobile testing and treatment of tuberculosis in Ogun state.

The scheme tagged ‘Wellness on Wheel’ was flagged off by the minister of health with the aid of a mobile tuberculosis truck at the governor’s office in Abeokuta.

According to the minister, Nigeria records 600,000 cases of tuberculosis annually and the country has the ‘worst case of tuberculosis in Africa with five out of six cases undetected in the country. The initiative is a medical programme targeted at eradicating the disease in the state and also enlighten the citizens on the dangers posed by the ailment.

An Egyptian woman, Eman Abd El Aty, believed to be the world heaviest person has died in the United Arab Emirates.

El Aty, who was 37 years, had lost more than 300kg of her 500kg, after her medical trip to India earlier this year for a surgery to reduce her bariatric weight.

Unfortunately El Aty died from complications from other health conditions as a result of heart and kidney dysfunction in the UAE capital Abu Dhabi where she had been transferred to since May following specialist surgery in Mumbai, India.

Bariatric surgery, also known as weight loss surgery is used as a last resort to treat people who are dangerously obese (having a body mass index of 40 or above, or 35 plus other obesity-related health conditions).

Restricting access to abortion by law does not reduce the number of abortion but only increases the risk of lives of women and girls, a new study published by Lancet Publication has revealed.

According to the study carried out by World Health Organisation and the Guttmacher Institute, 25.5 million unsafe abortions were carried out yearly between 2010 and 2014 worldwide, with 97 per cent occurring in developing countries in Africa, Asia and Latin America.

In countries such as Nigeria which have anti-abortion laws, health of many women are at risk as only one in four abortions were safe because most of the abortions done in the country are illegal and often done by untrained personnel.

He emphasised that based on the 2016 Multiple Indicator Cluster Survey, the key indicators of child development remain low in ally as Nigeria currently has three months paid maternity leave, only one year free pre- education and no paternity leave.

He added that only about 40 per cent of children within the ages of 36 to 59 months are attending an organised early childhood education programme, while more than 31 per cent of children under the age of five are moderately and severely underweight. Yet research in the Lancet series 2016 shows that early childhood education programme is a foundation for health, productivity, learning and social cohesion”.

The Cross River State Government has begun a sensitisation tour to communities in the state to enlighten them on measures to be taken in order to avoid cholera epidemic.

The Director General of the Primary Health Care Development Agency, Betta Edu, who led the campaign to Bogobiri, one of the Hausa settlements in Calabar taught the women and children in the community practical ways to avoid the disease

Ms. Edu stressed the need to teach the people of the community the basic steps of avoiding the disease especially by maintaining a clean environment and continuous washing of hands with soap and water.

According to her Cross River is cholera free and the government intends to keep with that.

The Biomedical Advance Research and Development Authority, BARDA, part of the department of Health and Human Services said it would buy the drugs and vaccines and keep them in a national stockpile which would be used to protect Americans in the event of an outbreak of the deadly disease. The products were rushed through testing in response to the West African Ebola outbreak in 2014-2016 that infected 28,600 people and killed more than 11,000.

BARDA Director, Rick Bright, said they are prepared to add four Ebola countermeasures to stockpile, whereas three years ago, very few products were even in stages of development. The “unprecedented speed” of product development was attributed to partnership between the U.S government, other nations and private industry.