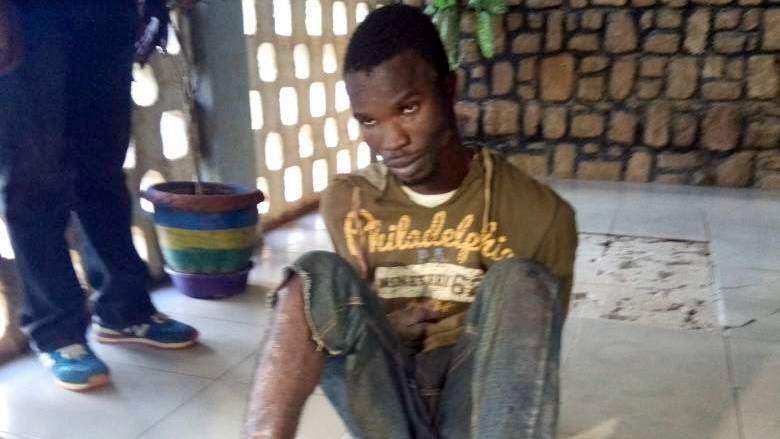 Picture of the suspected murderer who scape from police detention in Port Harcort Ifeanyi Deki.

Police confirm re-arrest of rapist, killer of eight-year-old girl who escaped from custody

The police have re-arrested the alleged rapist and killer of an eight-year-old girl after he escaped from their custody in Port Harcourt, Rivers State.

The police had declared a manhunt for the suspect, amidst a national outrage.

The suspect, identified as a 200-level student of the University of Port Harcourt, was nabbed by a local vigilante group on August 19 with a sack containing the mutilated body of the little girl, Chikamso Victory, whom he allegedly murdered. But he escaped from police custody a few hours later, on the same day.

The girl’s body had its vagina, fingers, breasts, and tongue cut off, apparently for ritual purposes. The suspect was said to be on his way to dispose of the body when he was caught and then handed over to the police.

Mr. Dike’s escape led to the dismissal and arraignment of a police sergeant, Johnbosco Okoroeze, who was the officer investigating the rape and murder allegation against him.

Lagos Govt. Begins Deployment Of Guards To Beef Up Security In Schools