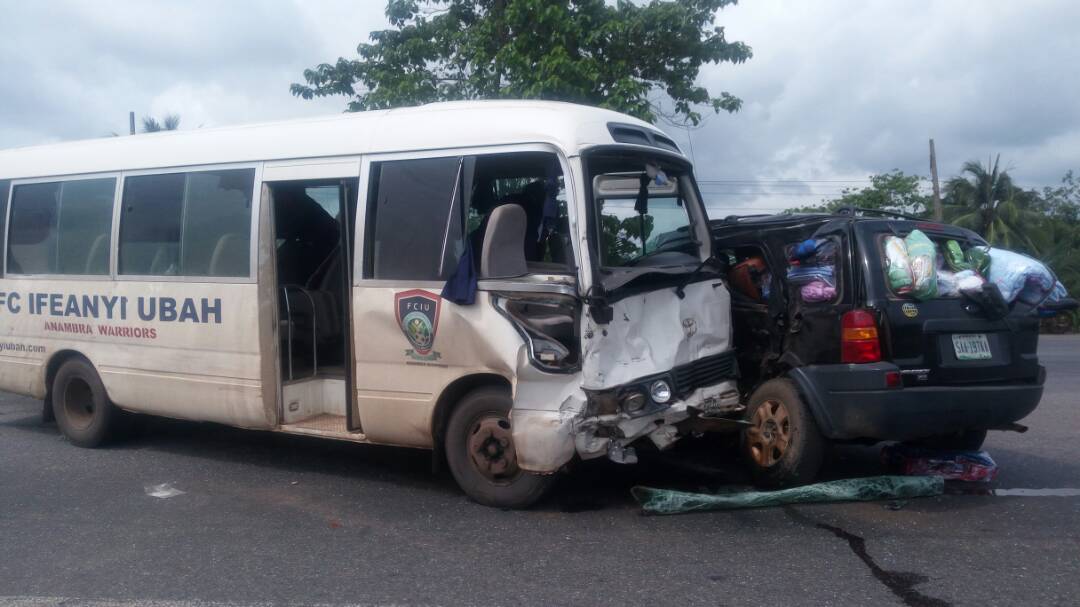 Six players of FC Ifeanyi Ubah suffered varying degree of injuries as their team bus was involved in an accident on Friday.

Members of the team were on their way to Ijebu-Ode, Ogun State, for their Match Day 37 fixture of the Nigeria Professional Football League (NPFL) against Sunshine Stars.

The club confirmed the accident with this statement on Friday morning.

“Sequel to the reports making the rounds this morning, We wish to confirm that FC IfeanyiUbah team bus conveying players and officials was involved in a car accident along Benin/Ore expressway while on our way to Ijebu Ode to honour the NPFL Matchday 36 fixture with Sunshine Stars billed for this Sunday, 3rd of September, 2017.

“Six of our players sustained varying degree of injuries and two that are unconscious hitherto have regained consciousness and are receiving treatment presently at the closest medical facility near the site of the accident. We wish to express our felicitations for your concern, support, outpour of emotions, deepest thoughts and prayers at this sad times,” the statement said.

“More details as regards if we would be able to honour the match on Sunday or not will be made known shortly.”