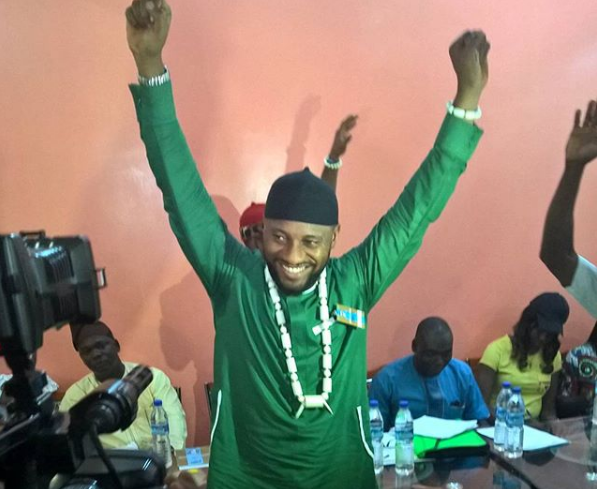 Mr. Edochie, who has been campaigning on social media with the hash tag #TheLastBusStop, has said promised to change the face of governance if elected.

The election was supervised and witnessed by the national chairman of the party, Olusegun Peters, other national executives of the party, representatives of the Independent National Electoral Commission, INEC, and some security agents.

Mr. Edochie, after his victory, urged his supporters to join hands with him to move the economy of the state forward.

“If you are not part of the solution, you are part of the problem. Some people may say they do not know me in politics, (even) having made a name for himself in Nollywood, but, if the state is in a bad shape, it is celebrities who should speak out. I need the support of the people of the state to make it work in Anambra state.”

“My ambition is driven by the ineffective leadership style of those entrusted with the leadership of the state. Since the creation of Anambra State, it has been in the news for the wrong reasons.

“In all, the youths have been at the receiving end of the political tussle. The older generation of leaders recruit youths, arm them with weapons to actualise their political goals and abandon (them) when elections are won. But when I take over as governor, youths will take their rightful position as leaders of the future.”

The party also elected sate party executives to run its affairs in Anambra state for the next four years.

Five duels that will determine Nigeria vs Cameroon outcome