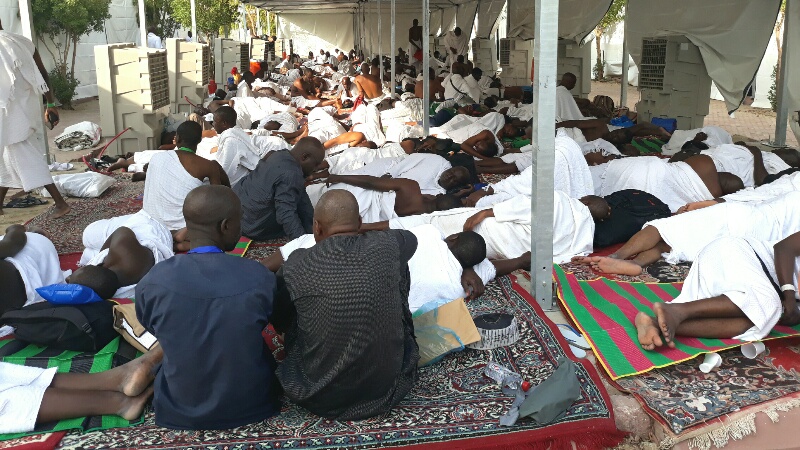 About two million pilgrims from all over the world are currently on the plains of Mount Arafat, observing the most important rite in Islamic Hajj pilgrimage.

Prophet Muhammad had underscored the importance of Arafat in the annual Islamic pilgrimage when, according to his companions, proclaimed that any pilgrim unable to make it there cannot be said to have observed Hajj.

The Head of Nigeria’s National Medical Team, Ibrahim Kana, told PREMIUM TIMES that due to the central place of Arafat in Hajj, the Saudi Arabian authorities have put in place arrangement ensure that all sick pilgrims are transported there to enable them to observe the rite.

“Saudi Government working in collaboration with all countries ensure that all pilgrims receiving treatment in various Hospitals are brought to observe Arafat,” Dr. Kana said.

“The ill pilgrims are the first to arrive and also the first to leave the plains of Arafat and they observe the day in a special area,” he said.

Pilgrims are expected to spend the whole day in supplications and reading of the Holy Quran.

All male pilgrims are adorned in two plain white apparels, while, women, though allowed to wear anything Islamically permissible are mostly also dressed in white clothing.

The pilgrims were earlier on Wednesday transported to Mina from their various hotel rooms in Makkah, Islam’s holiest city.

Mina is a transit tent city camp between Makkah and Arafat.

While in Mina, pilgrims also spent Wednesday in prayers and various individual supplications.