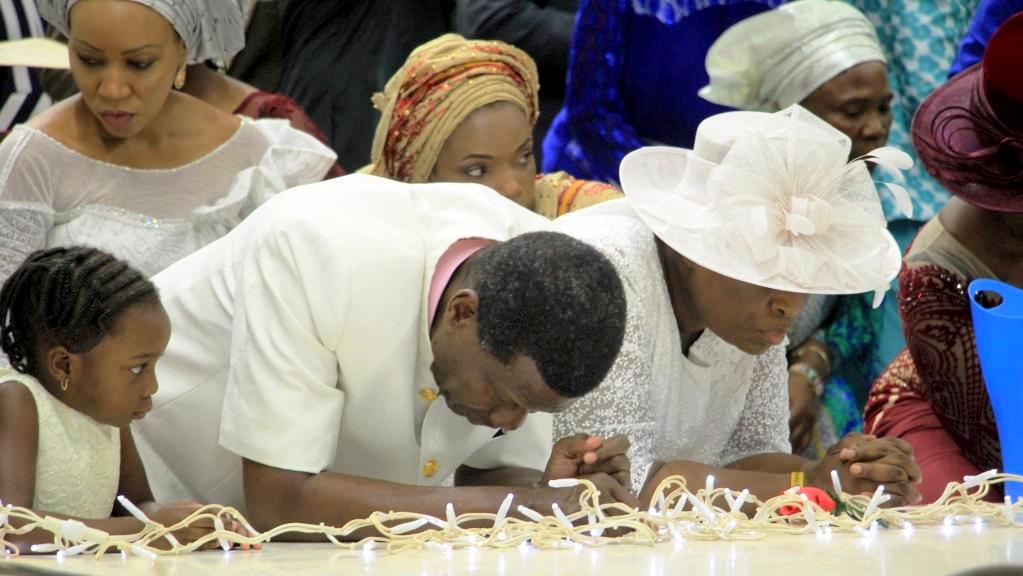 The week-long convention of the Redeemed Christian Church of God (RCCG) at the twin sites of Redemption Camp, Lagos, ended last Sunday with the ordination of 47 honourary elders and 1,037 full pastors of the church.

Honourary elders are members of the church who are so honoured for loyalty, service, and performance, on the recommendation of their provinces.

Earlier on in the convention, 8,222 Deacons and Deaconesses, as well as 2,236 Assistant Pastors were ordained.

The ordination of the elders and pastors on Sunday followed the same pattern as earlier ordinations. The candidates were formally presented to the General Overseer, Enoch Adeboye, who welcomed and prayed for them.

They were then anointed with oil by leaders of the church and proclaimed by Mr. Adeboye: “We ordain you as pastors of the Redeemed Christian Church of God in the name of the Father, the Son and the Holy Ghost” he proclaimed.

That was followed by a ministration by Assistant General Overseer, Johnson Odeshola, titled, “When we get to heaven.” 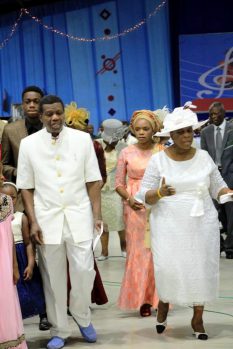 He stressed that going to heaven, which the pastors should not miss, takes holiness; and readiness to pay the price by doing God’s will and being obedient go to Him.

The next session of the double-headed ceremony was a thanksgiving service, which began with a call by a retired AGO, G.A. Ilori, to give glory to God for a successful convention.

“We have had opportunity to praise God and He has done wonderful things in our lives,” he noted.

Thanksgiving offering was given by Mr. Adeboye, his family and the entire congregation. Prayers were offered by the 90-year-old Deputy General Overseer, Pa Abiona.

To close the day, Mr. Adeboye got onto the pulpit to give thanks: “It has been a glorious convention; God has surprised us, as He always does,” he said. “Thank you all for your prayers, support and for standing by us.”

He recalled how during the church’s Holy Ghost Congress in‎ Abuja, God had asked him to praise Him for three days before asking for anything; and how that made the event a huge success. He then assured that for praising God all week, prayers would be answered.

He went on to bless the congregation and participants around the world.

“For the rest of your life, you will be singing, dancing and shouting halleluyah,” he said.

The day before, Saturday, was for the Communion Service, which sometimes also doubled as an anointing service, during which people were anointed and had bottles of olive oil they took to the camp blessed. However, the anointing of heads was not done.

“So much anointing took place on Friday,” one gentleman observed.

In a message after the Holy Communion was administered to thousands of people with seamless ease, Mr. Adeboye reminded the congregation about the need to give thanks as Jesus did after breaking bread during the Last Supper.

He said usually when Jesus gave thanks, many things happened. For example, he gave thanks and fed thousands of people from two fish and fives loaves of bread.

Similarly, he gave thanks when he was raising Lazarus from the dead. When he stone at the entrance had been removed on his orders, Jesus looked up and said, “Father, I thank you that you have heard me…”

According to Mr. Adeboye, giving thanks while taking the Holy Communion could also make the enemy within disappear as Judas departed from them after the Last Supper.

He explained that the big problem in most troubled homes is that there is always an agent within, but by taking Holy Communion and ‎giving thanks, the agents disappear. There have been cases in many homes where such people just say they are leaving or demand to leave.

He cited an incident during a convention in those early years of the church at the RCCG headquarters at Ebute Metta, Lagos, when someone fled the church because she said fire was burning there.

He said shouts of Halleluyah, which he encourages, also scare away the devil.

To many people, the convention was a rewarding experience. What that may mean for the church is to look for more space to accommodate the surge in numbers next year.