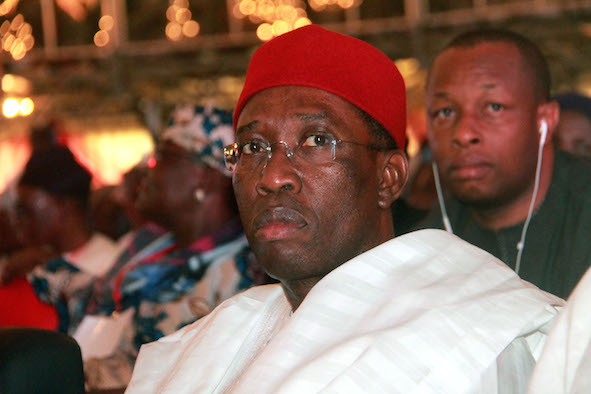 The National Chairman of the Peoples Democratic Party (PDP), Ahmed Makarfi, on Tuesday inaugurated the party’s National Convention Planning Committee headed Governor Ifeanyi Okowa of Delta, with a charge that the panel immediately devote itself to the preparations for the Special Non-Elective National Convention on August 12.

Speaking at the brief ceremony held at the Chida International Hotel, Abuja, Mr. Makarfi said members of the National Convention Planning Committee has exhibited high level of commitment and loyalty to the party stressing that the national leadership has confidence in their ability to organise a hitch-free convention.

“We appreciate your commitment towards ensuring that we are back to power at the Centre and in more states, I urge you all to work together as a team to ensure the success of the convention and be rest assured of the party’s support where necessary,” the spokesperson to the Delta State Governor quoted the PDP chairman as saying.

The chairman said with the inauguration of the committees, the party is officially set to recover its lost grounds.

In his response, Senator Okowa, Chairman of the Committee, thanked the party for the opportunity to serve, promising that the members would immediately devote themselves to the onerous task of making the special non-elective national convention a successful one.

“The Committee is comprised of eminent Nigerians and party chieftains with vast experience. We shall organize a convention that will not only positively shake Abuja but the entire country, The task before the committee is a daunting one as we have barely 48 hours to plan and this requires that all hands must be on deck to ensure that the Committee delivers on its mandate,” he said.

Just In: Many injured in Ogun road crash