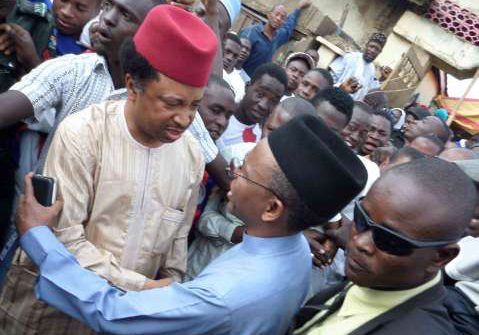 The All Progressives Congress, APC, has condemned cases of violence during the conduct of its state congresses on Saturday to elect delegates for its national non-elective convention.

The party Chairman, John Odigie-Oyegun, condemned the development in a statement in Abuja on Thursday.

He, however, noted that most of the state congresses were peaceful and conducted in compliance with guidelines and directives given by the party to the appointed congress committees.

He added that the party found cases of violence in Rivers and Kaduna states quite disturbing.

“The party equally regrets and condemns the attack on the Nigeria Union of Journalists Secretariat in Kaduna, which resulted in injuries to two journalists.

“The party will investigate the reported cases and take necessary action in line with its constitution against whoever is found culpable,” Mr. Odigie-Oyegun said.

He congratulated and commended all the states whose exercises were peaceful and promised that the party would examine reported cases of grievances with a view of addressing them.

A fraction of APC in Kaduna State had petitioned the party´s leadership on the state congress which they said did not hold.

A member of the fraction, Shehu Sani, who represents Kaduna Central in the Senate, had alleged that the delegates’ list for the election was altered and that due process was not followed in the conduct of the congress.

“They sat down in the palace of their gods to write names and sent it down here for us to accept; that can never happen,” Mr. Sani had said.

He called on the national leadership of APC to rescue the party in Kaduna State from destruction.

PDP welcomes new entrants, says no special privilege for anybody