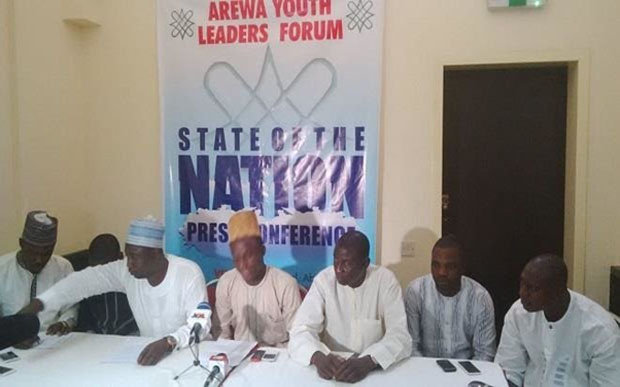 The Northern Youth Coalition that recently handed a three-month quit notice to Igbos living in the northern region insisted on the quit notice.

The coalition gave the controversial ultimatum that has been condemned by may Nigerians on June 6, saying Igbos should leave the north before October 1.

Speaking to journalists on Thursday in Kano, the chairman of the coalition, Nastura Shariff, in the company of the National President of Arewa Consultative Youth Forum, Shettima Yerima, explained that the quit notice was just an aspect of many other demands they had made.

”We have never at any given time lifted that quit notice, because if we are to do so, it would have been after a meeting that would be called soon.”

Mr. Shettima had earlier told PREMIUM TIMES that the group would review its stance on the quit notice and make its position known after a meeting.

Thursday’s press briefing implies the group did not change its stance after its meeting.

Mr. Shariff said that apart from the quit notice, they had also written to the United Nations on the violent activities of the leader of the Indigenous Peoples of Biafra, IPOB, Nnamdi Kanu, urging them to declare him a terrorist and his agitation illegal.

He said they were still expecting a response from the UN which would guide their next move.

“That is why we told you that our quit notice still stands and our resolve that anybody who doesn’t want to stay in Nigeria should vacate our region still stands but we are not going to use force to actualize that. We will do it through peaceful means, this is because of the fact that one cannot be living with us and talking Biafra,” he said.

Mr. Shariff said it was sad that people focused more on the quit notice issued by them rather than on a “presented recorded video evidence where Nnamdi Kanu called for genocide like what happened in Rwanda.”

In his own remarks, Mr. Shettima said his members would continue to restrategize on how to ensure unity in the nation and “do away with all threats.”

He said the quit notice was still applicable and that they would be calling a World Press Conference on Thursday next week in Abuja to make their final stance known.

Mr. Shettima also noted that they had scheduled a meeting with the Northern wing of the Ohaneze Ndi Igbo in Kaduna soon to discuss ways forward out of the quagmire.

A lecturer at the Political Science Department of Bayero University Kano, Aliyu Jibiya, at the meeting said his group, Arewa Summit Development Initiative, was planning a one-million-man march to sensitise Nigerians on the problem of out of school children roaming the streets in northern Nigeria, popularly referred to as Almajiri.

How I achieved 99 per cent support among senators – Saraki