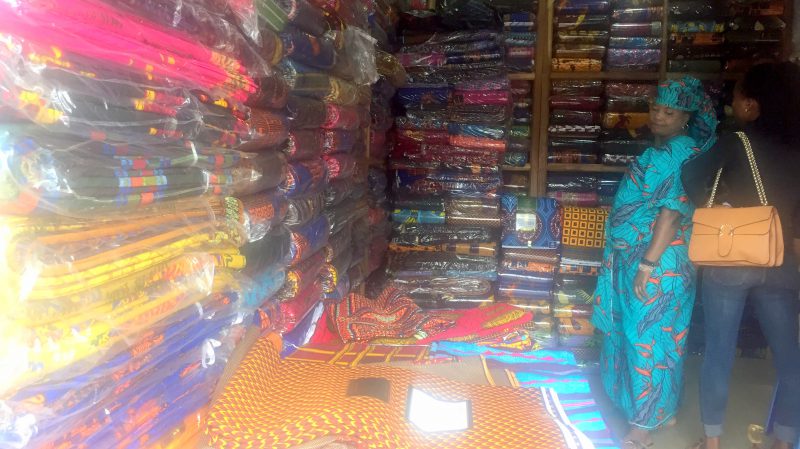 Though considered to be one of the cheapest fabrics in the market today, Ankara which is popularly referred to as African print, has carved its impact in the heart of the fashion world. This reporter traces its unique history and current travails.

The fabric which has proven to be versatile to an extent is now recognised and used globally. It has suddenly become a must-have in the wardrobes of many people, irrespective of their origin or culture.

Many years ago, Ankara used to be known as the most used fabric amongst Africans. However, it lost its use with the introduction of western forms of clothing to Africa.

This newly found love with foreign forms of clothing among other factors eventually led to its collapse.

In its real state though, the origin of Ankara is not at all African but rather European. Ankara, which was formerly known as ‘Dutch wax print’, was originally manufactured by the Dutch for the Indonesian textile market.

But by design, these prints garnered more interest in West Africa than in Indonesia which led the Dutch to focus more on West Africa.

In the past, Ankara fabric used to be considered as a fabric used for only cultural activities and also a low form of fabric meant for only the poor people who cannot afford the western clothing.

That has changed today.

The rise in the demand for this same ‘low fabric’ is today overwhelming.

Today, the African print has taken back power into its hands and it is gradually regaining its lost glory.

The beautiful designs created by African designers using the Ankara fabric has made it one of the most sought-after fabrics in the world.

Many years ago, the best that could be achieved with the Ankara fabric is the traditional Iro and Buba. But today, the African print is used to make a lot of fashion items which include blazers, gowns, blouses, swim suit, trousers, among others.

It is also used to make ear rings, slippers, sandals, bags, phone cases and other accessories.

Most celebrated persons in both Africa and Europe have also taken to the new Ankara fashion trend. They have been spotted in public rocking the African print on several occasions.

It is pertinent to say that the renewed interest in the use of Ankara fabric by different communities is one of the most notable fashion trends to have emerged from Africa over the past years.

Therefore, it is now okay to say that the Ankara fabrics have come to stay in the fashion world and will always be in vogue.

It is, however, amazing to realise that about 80 per cent of the beautiful and most wanted fabrics sold in Nigeria are not even made in Africa.

Though some fabrics are made in neighbouring countries like Ghana, most of the prints are made from other countries and imported into Africa.

Research has shown that the most used Ankaras are made and imported from China. This is due to its price, as it stands to be a very strong fabric.

The newfound love for the African print has however, proven to be of great impact on the West African economy, including the growth of the Nigerian economy.

In the mid- 1980s, there were reportedly around 180 functional textile mills in Nigeria. The mills employed approximately a million people and this accounted for more than 60 per cent of the textile industry capacity in West Africa, empowering millions of households across all geopolitical zones of Nigeria.

This however changed shortly as the sector crashed into an industrial abyss and few textile companies survived.

Speaking of rebounding, the sector has definitely rebounded. The number of functioning textile companies has once again started to rise going by reports. While the industry may not have fully regained its birth glory, a steady incline can be noted in the growth of the industry which is largely due to the current Ankara trend.

VOICES ON THE FIELD

An early morning walk by the reporter to the popular Wuse market in Nigeria’s capital, Abuja gave an insight on the state of functioning textiles company in the country.

After walking around the market for some time, the reporter finally stops at a big shop filled with Ankara fabrics that were really amazing.

“Good afternoon madam, can you please give me any Ankara fabric made in Nigeria?” the reporter asks innocently.

Her answer is really befuddling.

“Sorry sister, I don’t sell made in Nigeria Ankaras but you can check those ‘mallams’ (Northern male traders) over there.

Prodded further to explain why ‘Nigerian Ankara’ was not worth selling, she replies petulantly perhaps having an inkling that she may not be getting to sell her wares to this curious customer

“I don’t even know if there are still textile companies in Nigeria. The last time I checked, there was one in Kaduna but I think all the companies are closed down.

“Even if they are opened, what will they produce? All these beautiful prints in my shop are particularly the China-made Ankara, as you cannot get any good Ankara in Africa,’’ she replied.

Thereafter she turned back briskly to business.

Not done, the reporter forged on in the gradually expanding market.

Another top dealer of Ankara in the market, who would rather not have his name mentioned said that “some good Ankaras are made in Nigeria, especially in Kano.”

Pointing at another segment of his shop, he said in pidgin: “Those ones wey dey for there, Na Kano own and Na N1300, N1500. But this side, Na China material and Na big wrapper.”

After checking out both fabrics, the reporter has a startling feeling: the ones reportedly made from Kano had a nylon like feeling that made them look inferior to the one imported from China. But she kept her thoughts to herself.

Although the designs on both are quite different, the Chinese made appeared more more beautiful and alluring compared to the Nigerian ones.

These were some of the thoughts reeling through the reporter’s mind as she made her way through the throng of humans making their way into the mammoth market.

Some Ankara users also spoke of their love for the material.

Esther Paul, a student of the University of Abuja said that her love for Ankara is on a very high level now.

“I love Ankara so much that I don’t mind wearing it from Monday to Friday. I can decide to wear cooperate Ankara wears on a Monday, like a trouser and jackets made with Ankara. A short dress or a jumpsuit on Wednesday and other beautiful styles you can design with Ankara

“The truth is I even wear Ankara for a club night. It just depends on the style. People no longer wear Ankaras only on Sundays or for ceremonies, Ankara can be worn anytime anywhere depending on your choice of designs,” she said.

Another Ankara lover, Deborah Linus, said that Ankara is the latest and hottest fabric in town right now.

“As you can see, my footwear and bag is made with Ankara and I absolutely love it. It makes me represent my culture comfortably, I am African and I love Africa prints.

“Everybody now sells Ankara because it is the latest and hottest fabric in town that everybody wants to have in their closest. I even know some guys that love Ankara so much that they use it as tie to the office,” she said.