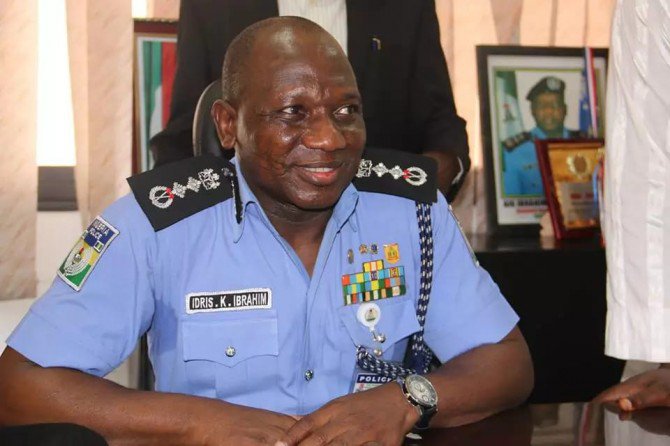 The Inspector-General of Police, Ibrahim Idris, says Nigeria does not yet have the political maturity for state police.

Instead, the country should improve funding for the agency under the current arrangement, Mr. Idris stated this on Thursday in Abuja at a meeting with the Nigeria Governors Forum.

The I-G said he was not unaware of the agitations by some groups for the creation of state police, but argued that the federal police arrangement still remains the best.

“I sincerely believe that the Federal Police is still the best for the country and with improved funding the challenges of crime will be addressed.

“Those agitating for state police should consider the level of our political maturity,” he said, according to a statement by police spokesman, Jimoh Moshood.

He held the meeting to seek the support of the Forum for the passage of the Nigeria Police Trust Fund bill now before the National Assembly.

He said if the bill was passed, the police would have enough fund to effectively police the nation.

“Let me use this opportunity to appeal to your Excellencies to prevail on your representatives at the National Assembly to ensure the passage of the bill.

“It is my sincere believe that once the Police Trust Fund Bill is passed into law, the necessary finances required to effectively police the nation will be available,“ he said.

He said this would also reduce the pressure on the state governments in the funding of the Police.

Mr. Idris noted that the Nigeria Police were one of the “least paid” security organisations in the world in spite of operating under the UN ratio of 1:400.

He added that with the current ratio of 1: 602 the Nigeria Police was operating far below the United Nation’s ratio.

“About 10,000 police officers have been recruited recently to fill the gap but this is still a far cry.

“To meet up with the UN ratio of 1:400, the Nigeria police requires additional 155,000 Police Officers for the next five years,“he said.

He said a request to recruit 31,000 policemen had been sent to President Muhammadu Buhari for approval.

Mr. Idris said the current Police Management was making efforts to establish structures that would bridge the communication gap between the Police and members of the public.

Mr. Idris said one of such structures included the establishment of the Nigeria Police Broadcasting Service (NPBS).

“When commissioned, it will broadcast Nationwide on TV, Radio, online and the National Emergency Communication Command Control Centre (NEC4).

The Chairman of the Forum, Governor Abdul’Aziz Yari of Zamfara, who assured the police boss the support of the forum, said security was everybody’s business.

The News Agency of Nigeria (NAN) reports that a public hearing on the Nigeria Police Trust Fund was organised by the House of Representatives Committee on Police Affairs on July 1.

The bill seeks to provide alternative funding for the police.

Court dissolves marriage over “N500 per round of sex, sperm withdrawal” controversy