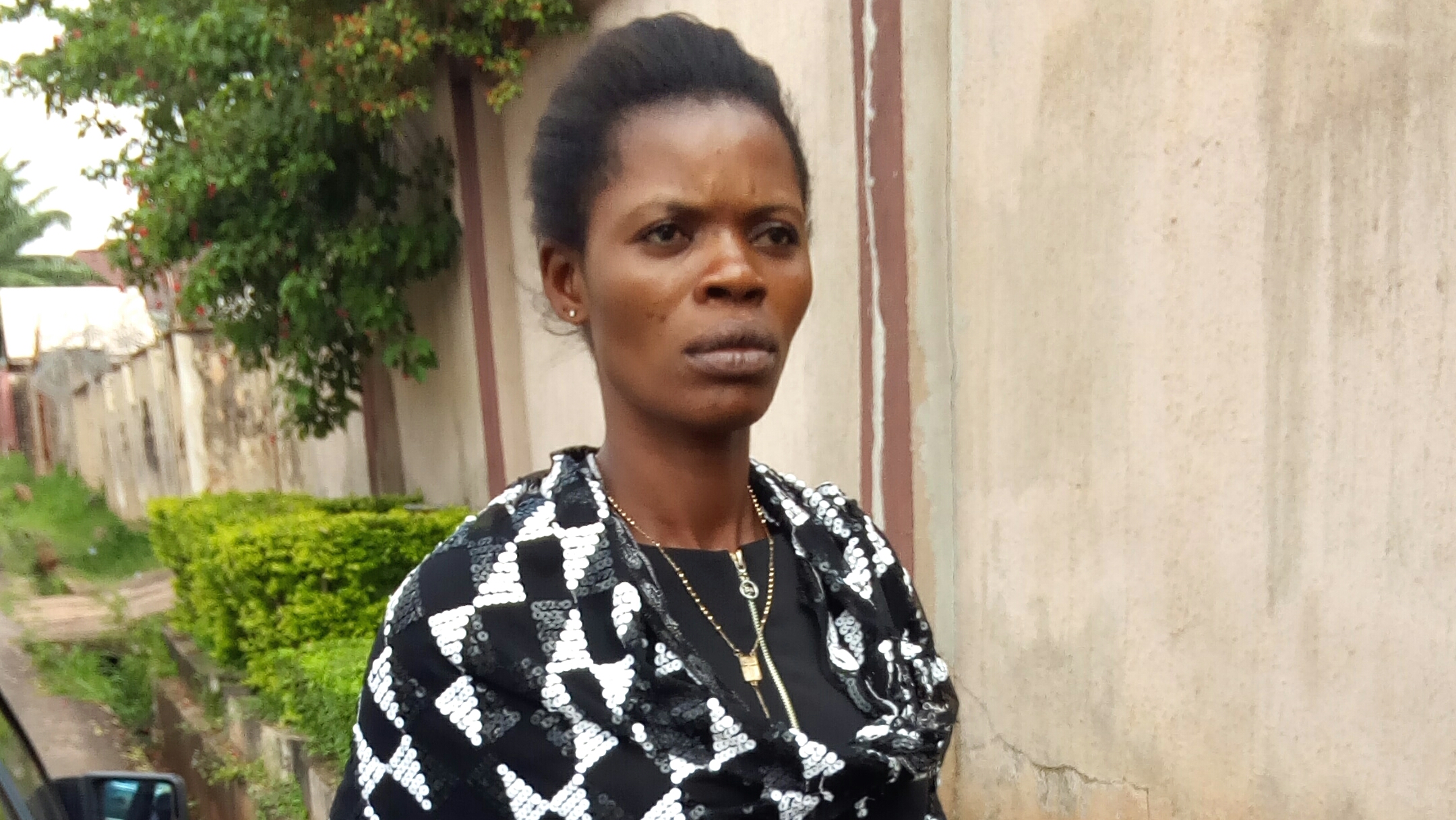 A widow, Esther Agwu-Okachi, has cried out to the National Agency for Prohibition of Traffic in Person, NAPTIP, to help rescue her two infant children allegedly sold off by human traffickers in Orlu, Imo state.

The widow who hails from Afikpo North LGA in Ebonyi State, narrated to PREMIUM TIMES how the children were taken from her and allegedly sold by suspected traffickers led by one Okezie Aguabata.

According to Mrs. Agwu-Okachi, one of her kinsmen at Amasiri in Afikpo North LGA, Ifeanyi Ezitiri, had approached and convinced her to go to Orlu to meet Mr. Aguabata, who runs an eatery and beer parlour, for employment.

She said after collecting her phone number from Ifeanyi, Mr. Aguabata arranged for her to meet him in Orlu with her three children so that he would enroll them in school.

“The man later sent me N1500 as transport fare with which I used to travel to Orlu with my children. On arrival, I was deceived to go to Lagos to meet a couple that was childless to work for them as a housemaid after taking away my children”.

The widow said on getting to Lagos, the “Madam” she was sent to told her the truth that she had been sent for prostitution or to be transferred to an African country where she could be forced to sell any of her organs.

She said the “Madam” took her to a brothel to resume work as a prostitute, but she protested and continued to cry until she was sent away the next day without money or knowledge of how to find her way back to Orlu.

According to the widow, when she was sent to Lagos, she was told that her three children, Chinedu (9), Brenda (6) and Victor (4) will be handed over to the suspect’s mother for care and schooling in Orlu.

But on her return two days later, she discovered that two of the children (Brenda, female and Victor, male) had been sold.

“Luckily, my eldest son, Chinedu, escaped from the traffickers and was wandering about when a Good Samaritan rescued him and called me.”

She said she subsequently reported the matter to the police before informing Campaign for Democracy, a rights group which waded into the matter.

The widow lamented that her two children have not been found by the police.

She said the police in Orlu initially demanded for money before they would arrest the main suspect, Mr. Aguabata.

She said that it was on the second day after she reported to the police that they went to arrest the man, seeing that she had no money to offer them.

Meanwhile the rights group, Campaign for Democracy​, has appealed to the Inspector-General of Police, Ibrahim Idris, to order the police in Orlu to hand over the case file on the children to NAPTIP.

The spokesperson of CD, who is also the chairman of the human rights and pro-democracy group in South East zone, Dede Uzor, made the appeal in Enugu.

He said the appeal became necessary due to alleged mishandling of a previous case of child trafficking his group reported to the police in Orlu.

According to Mr. Uzor, following the report by Mrs. Agwu-Okachi, the group stormed the Orlu area office of the police where Mr. Aguabata, was being detained.

He said it, however. discovered that the matter was not receiving the required attention by the officers.

The group alleged that instead of arresting all the suspects and the people alleged to have bought the children, the police only directed the wife of the detained suspect to go and recover one of the children.

Mr. Uzor pleaded with NAPTIP to help recover the two children before it is too late.

When PREMIUM TIMES contacted the Area Commander, Orlu Area office, identified as an Assistant Commissioner of Police, Edet, he said the matter had been transferred to the State Command’s Criminal Investigation Department (CID).

Mr. Edet said he personally considers any child adoption that did not follow due process to be child stealing.

Attempts to get the reaction of the Imo State police command spokesperson, Andrew Enwerem, was unsuccessful as he did not pick calls to his cell phone as at the time of filing this report.