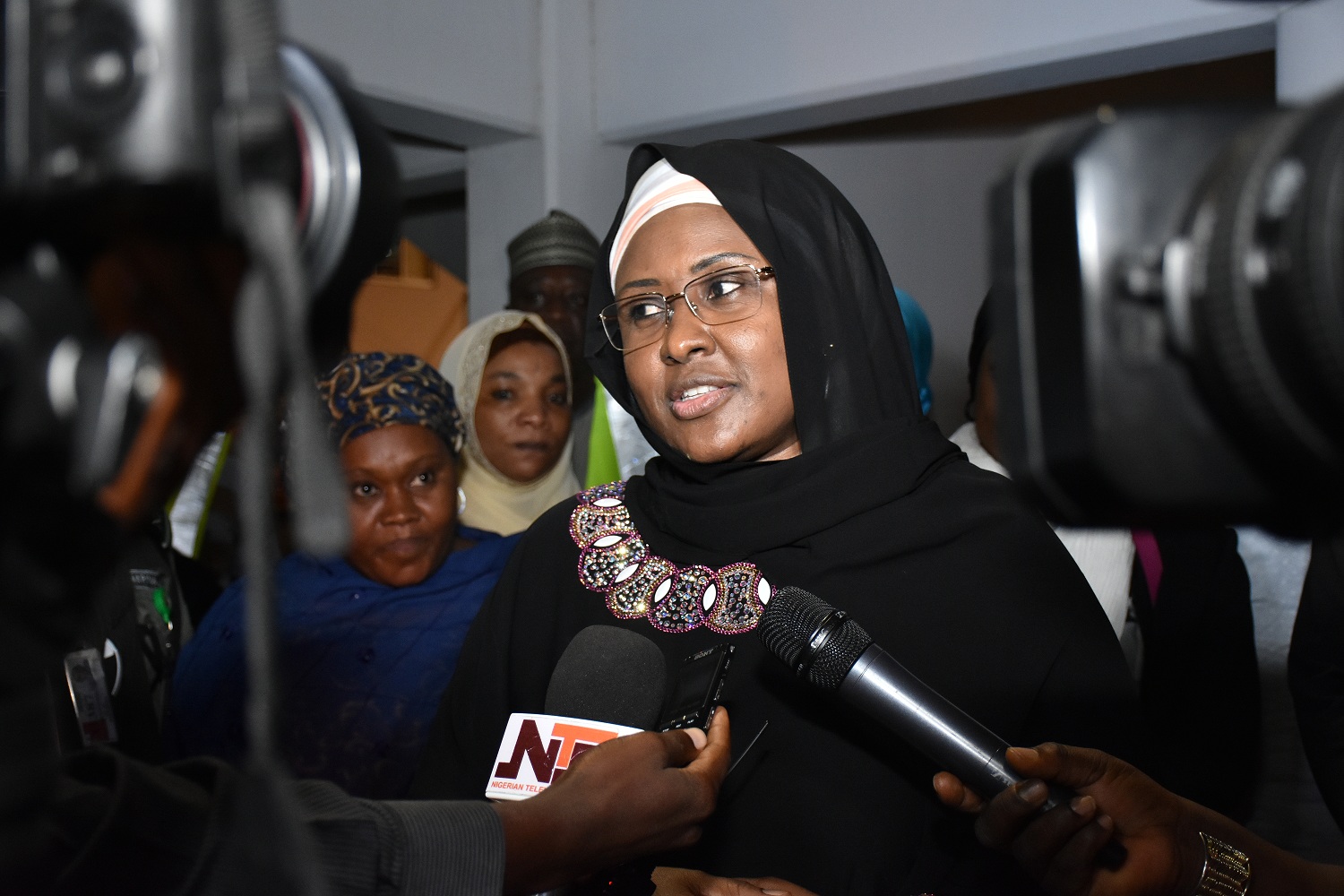 Hyenas, jackals will soon be sent out of my husband’s kingdom – Aisha Buhari

Aisha Buhari, the wife of the President, has given an insight into the power play at the Nigerian seat of power in the wake of a sickness that has kept her husband out of the country for over two months.

President Muhammadu Buhari had flown to London 63 days ago to resume medical treatment after an earlier round early this year.

In a Facebook post on Monday, Mrs. Buhari took a cue and alluded to some elements around her ailing husband as “the hyenas” and “the jackals,” hoping that they would soon be sent out of the “Kingdom”.

Mrs. Buhari who is presently in the United Kingdom to see her ailing husband, made the post while responding to a proverbial Facebook post by the senator representing Kaduna Central District, Shehu Sani.

“Prayer for the absent Lion King has waned; until he’s back then they will fall over each other to be on the front row of the palace temple. Now the hyenas and the jackals are scheming and talking to each other in whispered; still doubting whether the Lion King will be back or not…

Mrs. Buhari had returned to the UK last week after an earlier trip last month after which Ekiti State Governor, Ayodele Fayose, claimed she was not allowed to see the president by an alleged cabal around him.

Upon her return to Nigeria back then, the President’s wife had said he was recovering well and that he expressed appreciation to Nigerians praying for him.

American who allegedly scammed three Nigerians of $565,000 gets bail

Etisalat set to pull out of Nigeria in three weeks