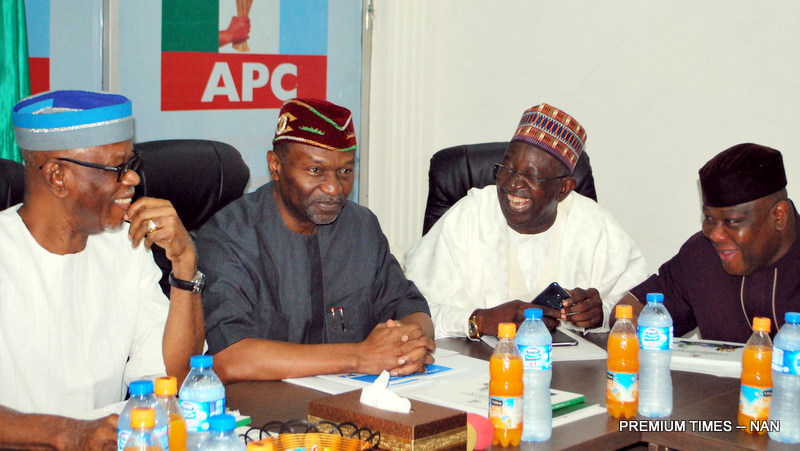 The ruling All Progressives Congress, APC, says the present government is poised to create over 15 million direct jobs in the country by 2020.

The Minister of Budget & National Planning, Udoma Udoma, said the jobs would be created in agriculture, manufacturing, construction, and services.

Apart from the average annual growth rate of 6.9 per cent, the minister said government’s focus would be on agriculture, to help cut the unemployment rate by 11.23 per cent, from 14.2 per cent in Q4 in 2016, he said.

The minister was making a presentation to the APC National Working Committee, NWC, on the federal government’s 2017-2020 Economic Recovery & Growth Plan, ERGP in Abuja.

Based on the ongoing implementation of the 2017-2020 ERGP by the present administration, Mr. Udoma said there were ample confidence that the country’s economy would come out of recession in 2017.

He said the 2017-2020 ERGP and the 2017 National Budget were based on the manifesto of the APC and campaign promises by President Muhammadu Buhari during the 2015 elections.

He said the medium-term plan for 2017-2020 was built on previous plans, including sectoral plans, and captures the key promises of the APC.

“The ERGP contains bold actions required to tackle the current challenges and build a more resident economy. It is designed to get the economy out of recession unto a path of diversified, sustainable and inclusive growth.

The Minister outlined the ERGP’s outlook and deliverables including a 4.6 per cent average real gross domestic product, GDP growth rate over the plan period reaching 7 per cent by 2020; raising crude oil output from 2.2 million barrels per day by 2017 to 2.5mbpd by 2020.

Besides, the plan also outlined the strategy to achieve single digit inflation rate by 2020, from 18.6 per cent in December 2016; about 10GW of electricity capacity by 2020; self-sufficiency in rice and wheat in 2018 and 2020, respectively.

The minister said the ERGP would ensure the manufacturing sector growth averaged 8.5 per cent per annum, peaking at 10.6 per cent by 2020 and 60 per cent reduction in imports of refined petroleum products by 2018 and net exporter of refined crude by 2020.

To realise the objectives of the ERGP, the minister said much of the capital provision in the 2017 Budget was to execute projects that aligned with the core priorities of the ERGP.

“Implementation of the 2017 Budget will be targeted at achieving the objectives of the ERGP and delivering on the promises of the APC and of Mr. President.

“The ERGP is a plan for all Nigerians and we need the cooperation of all for its success,” The Minister said.

The APC National Chairman, John Odigie Oyegun, said the ERGP was fundamental in rebuilding and strengthening of the foundation of the country, particularly the economy.

“The Plan is the basis for rebuilding and strengthening the nation. As a Party, when we speak on the state of the economy, it must be based on knowledge and fact,” Mr. Oyegun said.