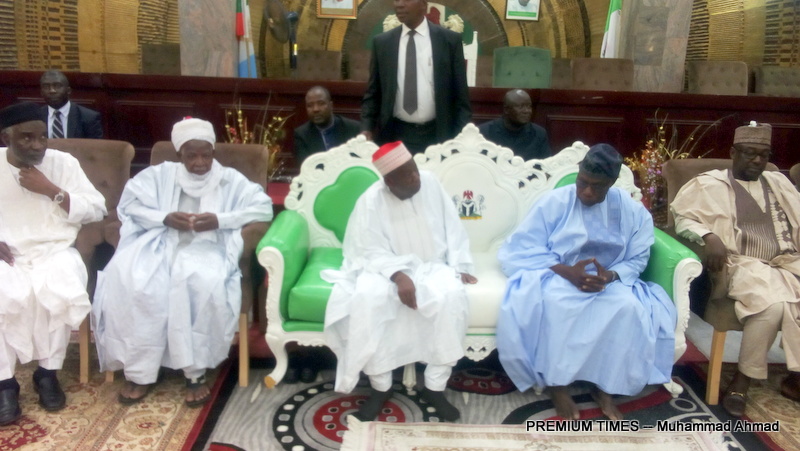 Obasanjo to Nigerian youth: Only few of us remain, exploit our experience

A former President, Olusegun Obasanjo, today said that with the exit of the respected statesman, Yusuf Maitama Sule, Nigerian youth have less of the older generation of Nigerians to learn from.

Mr. Obasanjo, who was speaking while condoling with Governor Abdullahi Ganduje during a visit to the governor’s office and the people of Kano over the death of Maitama Sule reminded youth that no matter how they felt, the voices of older Nigerians still represent that of wisdom and hope.

He lauded the late Danmasani as an embodiment of peace, wisdom and patriotism adding that he had always prayed for ‘a land of unity, land of order, land of progress and an envy of the African States.’

Mr. Obasanjo said that this may have served as the reason why he was positioned by former Nigerian leader, Murtala Muhammad, to head the Public Complaints Commission.

“This man (Maitama Sule) has left behind a big shoe and I don’t know if there is anybody fit enough to fill that shoe for now.”

In his remarks, Governor Ganduje described former President Obasanjo as a detribalised leader who had always identified with the people of Kano on many occasions.

Osun varsity students in violent protest over killing of colleague