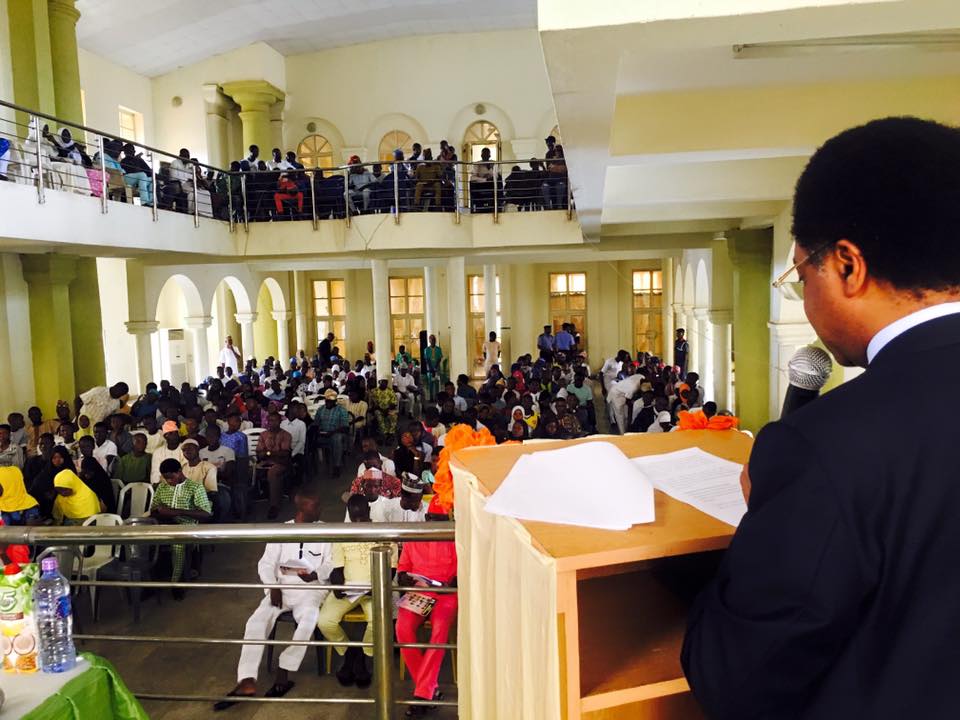 What Nigerian youth must do to sustain a just, progressive country – Senator

Cross cultural alliances by Nigeria’s youth and ensuring equity as well as justice to citizens irrespective of sectional considerations are key to sustaining ‘One Nigeria’, a federal lawmaker, Shehu Sani, has said.

Mr. Sani, the senator representing Kaduna Central, said youth, who hold the key to the country’s future, should be empowered to play a greater role in the national life, while policies, practices and laws that limit their access as well as attainment in politics and economy should be removed.

Mr. Sani spoke at the Fifth National Association of Oyo Students, NAOS, Parliamentary Lecture, in Oyo State on Saturday. The topic of the lecture was “Imperatives of Sustaining One Nigeria”.

“I advocate for Nigeria’s conspicuous youth bulge to be placed up and centre in our national discuss, and in our pursuit of national growth and development,” the lawmaker said.

“I think that we should focus on our youths because the almost 60 years old narrative of the elite is too dysfunctionally fixated on political power and raw material resource sharing. We live in a knowledge driven world where cutting edge Information and Communication Technology is being used to blaze the path to a
future that promises to be even more globally competitive than it Is now.

“Again, I submit that youth development and empowerment is the key to resolving Nigeria’s socio-political, economic and legal malaise. Their energies, vision and industry, properly harnessed, is the antidote to the centrifugal forces currently threatening the corporate existence of the country.

“Consequently, sustaining a one Nigeria dictates that the mandate of government – at all levels and across all tiers, Executive, Legislative and Judiciary – must be refocused on human capital development and productivity.”

Mr. Sani said many Nigerians were products of mixed marriages, while some were born at places far removed from origins of their parents. Therefore, he said, “it is politically delimiting” to make demands which bother on sectional requirements, like state of origin, on Nigerians when seeking access to public opportunities.

“As in the right to vote, the right to contest and be voted for, as well as the right to public resources among other things, should all be predicated on residency requirements only,” he said.

Although he noted the separatist agitation in the south-east and the “quit notice” by some Arewa youth, “after arrogating to themselves the powers and privileges of Landlords”, he argued such movements did not represent the views of either the entire south-east or the north respectively.

But he reckoned that “the indissolubility as well as the sovereignty of the State over the entity and political contraption called Nigeria is being questioned and challenged by some of its own citizens. This gives the impression that the state is under siege.”

However, the lawmaker expressed concerns about the agitations and challenged Nigerians to be wary of elite manipulation. He said the cries over marginalisation focus on regional or ethnic preoccupations with power sharing and resource control arrangements, while youth across divides are “marginalized, impoverished and alienated.”

“I like to call on all the youth to be actively involved and to resist any attempt at either the balkanization of Nigeria or succumbing to a brand of political restructuring which completely sidelines the critical question of equity, justice and dignity for the Nigerian people irrespective of their ethnic, religious or political affiliations. Poverty and marginalisation is not necessarily a north or south issue.

“I therefore challenge the youth to refuse to be hoodwinked by the political elite. They (the elites) form alliances among themselves and have a common interest in the plundering of the Nigerian commonwealth. You, also, form your own alliances, build bridges and network of friendships from Port Harcourt to Sokoto, Abakaliki to Maiduguri, Lagos to Asaba through to Kano,” Mr. Sani added.

Each of Nigeria’s group has unique qualities that would be found beneficial to the other, he said, “there is beauty in diversity.”

The Speaker of Oyo students’ association, Mohammed Olatunji, said it was symbolic that Mr. Sani, a lawmaker from Northern Nigeria, came to speak on Nigeria’s unity in Yorubaland.