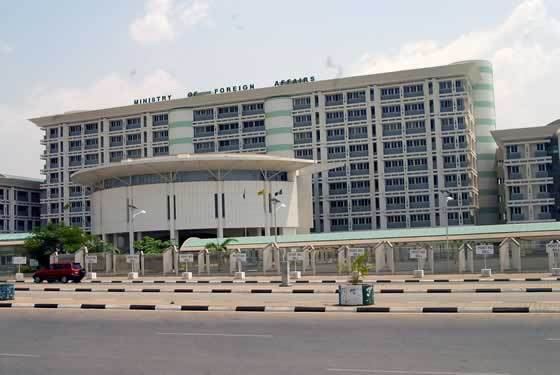 A whistleblower sacked for exposing alleged fraud at the Ministry of Foreign Affairs in 2016, Ntia Thompson, has been reinstated.

Mr. Thompson, an assistant director in the Servicom Unit of the Directorate of Technical Cooperation in Africa (DTCA), was first suspended on December 19, 2016.

The fraud was alleged to have been committed by Mohammed Kachallah, the Director-General of DTCA.

The move came just two months after the Muhammadu Buhari administration, through the Executive Council of the Federation, approved the whistle-blowing policy, promising full protection and restitution for any informant against harassment, intimidation or victimisation.

The case is currently being investigated by the Economic and Financial Crimes Commission (EFCC).

Earlier in March, two civic groups had called for the reinstatement of the whistleblower.

In an open letter sent to PREMIUM TIMES, one of the groups, the Socio-Economic Rights and Accountability Project, SERAP, had given  the Minister of Foreign Affairs, Geoffrey Onyeama, a seven-day ultimatum to recall Mr. Thompson who was sacked after exposing the alleged fraud.

But apart from Mr. Thompson, two other whistleblowers, Aaron Kaase of the Police Service Commission (PSC) and Murtala Ibrahim of the Federal Mortgage Bank of Nigeria (FMBN), are facing similar ordeals.

Mr. Kaase has been on suspension without pay since May 21, 2016, while Mr. Ibrahim, on his part, was dismissed outright, report said.

A statement signed by the coordinator of the organisation, Chido Onumah, said the way government treats such cases gives Nigerians an idea of how seriously whistleblowing should be taken as an anti-corruption policy of government.

“Ntia’s case is a triumph of good over evil and it gives us hope that we are moving in the right direction on the whistle blower policy,” the statement said.

AFRICMIL, however, reminded the government that in much the same way the whistleblower was persecuted, Messrs. Kaase and Ibrahim are also being persecuted.

The organisation, therefore, called on the relevant agencies of government and the ministers supervising these institutions to urgently take necessary steps to return these workers to their offices and investigate the misconduct they reported. It called on investigating bodies to speed up the process of investigation and ensure that those indicted are made to face the full wrath of the law.

“While it is ethically correct to recall a dismissed whistleblower, it is also morally right that action is taken on the reported wrongdoing in a just manner,” the statement said.

“Only through that way can the confidence of potential whistleblowers be sustained.”