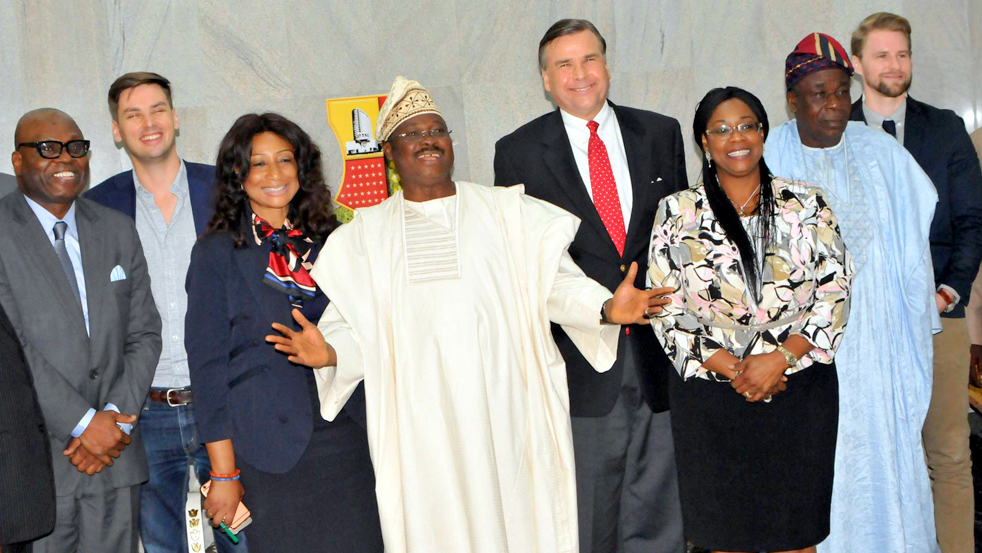 The U.S. Ambassador to Nigeria, Stuart Symington, has said that his country will continue to work towards the promotion of Nigeria’s unity.

Mr. Symington, who said this in Ibadan, Oyo State on Monday, noted that in Nigeria’s unity lies the strength of the world’s most populous black nation.

The envoy, who led top officials of the embassy on a working visit to the office of the Governor of Oyo State, Abiola Ajimobi, in Ibadan, said that the U.S. recognised the strategic importance of Nigeria in Africa.

A statement by Yomi Layinka, Mr. Ajimobi’s media aide, quoted the envoy as saying that the visit was in the furtherance of his country’s vision and mission to explore new frontiers of partnership for development with African countries, which, he said, informed his decision to tour every part of the country.

Mr. Symington called on the state government to work with the U.S. towards setting a new pace in socio-economic development, adding that Nigeria was loved all over the world, especially in the U.S. because of its unity.

“This visit is not just a courtesy call; it is in continuation of America’s vision and mission. We are looking forward to working with your state to set up a new pace in development,” the envoy said.

“We are happy to be here and I’m telling you that Nigeria as a country is loved by all Americans and even in the world for the sake of the unity the country upholds.”

“The U.S. recognises the strategic importance of Nigeria in Africa. We will continue to work towards the promotion of the unity of Nigeria, because that is where the strength of the country lies. The U.S. loves Nigeria because of its unity.”

Mr. Ajimobi had earlier sought the assistance of the U.S. government in his administration’s efforts at promoting human capital development and technical education in the state.

The governor also identified technical education as the missing link in the Nigeria’s curriculum, which, he said, was necessary for the country’s accelerated development.

The governor said that the state had potential that if put to good use, and with needed support from a developed economy like that of the U.S., could revamp the state’s economy.

“We want more foreign partners to support our industrialisation drive as we have established an industrial park as well as free trade zone, which would be the hub of commerce and source of employment generation for our teeming youth,” the governor said.