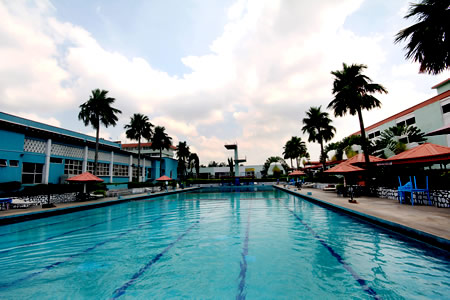 A student of Obafemi Awolowo University, OAU, has died after drowning in a swimming pool at a hotel in Ile-Ife, Osun State.

The 300-level Pharmacy student, identified as Fatile Emmanuel, and two of his friends, reportedly visited the Hilton hotel on Sunday to swim.

A fellow student of the department, Farombi Oluwaseun, confirmed the death to PREMIUM TIMES.

Mr. Oluwaseun, the Public Relations Officer of Pharmaceutical Students Association, said he was called by one Dr Akinwale of the university’s teaching hospital to identify the deceased after his body was recovered and taken to the hospital.

Police officers from Moore Divisional Unit in the town have since arrested the two other students who were with the deceased as well as an official of the hotel.

There were rumours among students that the deceased died due to the absence of a life jacket and that he was murdered.

The police have, however, not released any statement on the death. Officials of the hotel also refused to talk to PREMIUM TIMES during a visit there.

The university is yet to react to the death, and its spokesperson, Olarewaju Abiodun, could not be reached on his mobile number.