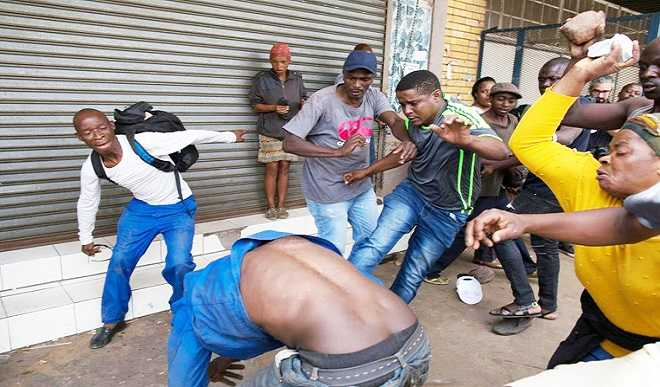 The Nigerian mission in South Africa on Friday said it had waded into issues surrounding the alleged quit order given to Nigerians by two communities in that country.

Martin Cobham, Nigeria’s Acting High Commissioner in South Africa, told the News Agency of Nigeria on telephone from Pretoria that the mission was on top of the situation.

The News Agency of Nigeria reports that the Nigeria Union in South Africa had accused two communities in that country of ordering Nigerians residing within their territories to vacate.

Nigeria’s Acting High Commissioner in South Africa said that he had engaged in processes to nip in the bud whatever crisis or situation that could affect the welfare of Nigerians living in South Africa.

“I engaged the union leader who has given me the graphic details of what happened.

“In view of that I have engaged with the authorities here to bring in the community, the police and the Nigerians living there for a meeting so as to prevent any mayhem.

“On Monday, I am going to dispatch our officials to the Northern Cape Province to engage in a meeting with the local police and the community for a tripartite meeting,” he said.

The High Commissioner said that he would also meet with the authority to ensure that instruction was given to the police not to allow any outbreak of violence.

“All we are trying to ensure is to nip in the bud any breakdown of law and order or anything that could lead to violence.

“So, we in the embassy are on top of the situation. And I am engaging the union leader and my office is equally engaging the South African Foreign Ministry on the issue.

“So, I believe with this measure we will be able to contain all these excesses,” he said.

The President of the union, Ikechukwu Anyene, had alleged that the Kuruman community in Northern Cape Province also gave Nigerians till Friday, June 16 to leave.

Mr. Anyene also said that the Klaafontein community, Extension 5, Johannesburg, directed landlords not to renew the rent of Nigerians in the community.

He said that the grievance of the South Africans was that Nigerians were responsible for some social vices such as illicit drug trade and prostitution.